Sink or swim? What is really going on with sales of iPhone X, in Ukraine and in the world 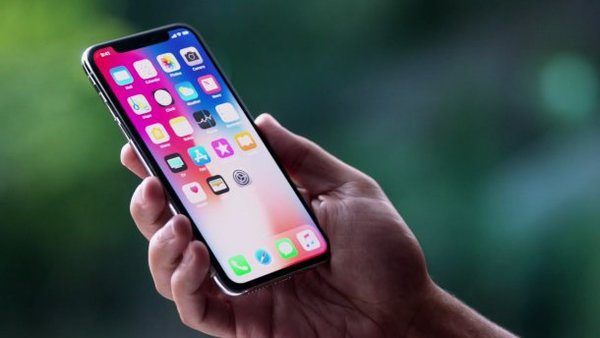 Some predict the imminent termination of production of the iPhone X, others say that it is one of the most successful products in Apple’s history, reports Rus.Media. Let’s try to predict the fate of the iPhone X for example, sales of the gadget in Ukraine.

In late January the analyst from KGI Securities Ming-Chi Kuo made a lot of noise, saying that Apple will probably stop making iPhone X in mid-2018.

According to the expert, it will be due to the low demand for the model and low sales in China. If this really happens, such a speedy abandonment of production will occur for the first time since the iPhone 5C.

At the same time, another analytical Agency Canalys – called iPhone X best-selling device. Only in China it has shipped 7 million, which is contrary to the pessimistic forecasts of the expert KGI Securities. China as a whole, if you believe the latest report from GfK, willingly buys top-end smartphones recently.

Thus, the fate of an extraordinary iPhone X has become the subject of discussion leading analysts. And what happens to iPhone X in Ukraine?

How passionately buyers took “ten” and which of the three new models Apple prefer.

The Ukrainian retail and distributor (the company Asbis) in one voice say that the older model iPhone is in Ukraine high demand.

In Asbis say that the difference in popularity compared to 8 and 8 Plus tens of per cent.

In Hotline.ua note that in the catalogue, the demand for both models (iPhone 8 and 8 Plus) are almost the same as on the older. Before the New year it was slightly higher (3.91% and 3.68% respectively of the total catalog of smartphones after dropped slightly (3.35 % and 3.33%), but the difference is cosmetic. For comparison, after the global launch, he was in 2-3 times higher.

In MOYO.ua from the beginning of the sales reported on the high demand: “the First batch of ten was sold out in 3 hours, whereas on the iPhone 8 much hype is not observed”, – reminded in the company.

But after the holidays “account” began to level off. “After the New year, the demand for both models is relatively high and sales are about the same level as the iPhone 7 and 7 Plus over the same period, – say the representatives of the company. – While we expect that the demand for last year’s phones will grow after the traditional decline in prices, when Apple announces the next novelty”.

The company noted an interesting pattern – if at the start of the new Apple are purchased mainly for cash and at full price, then eventually the technique are increasingly taking on credit and on installment. This year was generally marked by increasing demand for loans. In 2017 MOYO.ua the demand for the credit purchase of iPhones doubled in comparison with the year 2016.

That iPhone X is sold out for the first three days from the moment of start of official sales, reported to the network “ALLO”. The company initially predicted that the top model would buy more than 8 and 8 Plus.

The company iLand, which sells mostly Apple technology business segment say they saw a different picture, but it is associated with the specifics of the audience.

“We have best-selling model was the iPhone 8 Plus in the maximum configuration. Businesses have a need for a large screen, so they prefer this model and 256 GB of internal memory choose, because I don’t want compromise “, – says Yuri Vlasyuk, Director of the company. Flagship “ten” also enjoys a great popularity among buyers iLand, and they also choose the maximum configuration, exactly for the same reason.

Thus, Ukrainian fans have embraced the Apple new flagship is quite lively, although there are those who have upgraded to the new line, but chose not to spend money on the flagship.

The change of strategy for Apple

By the way, for the analyst forecast at the end of the production iPhone X was another explanation, quite logical from the business point of view. If in the days of Steve jobs, the company chose to focus on the sale of one, the latest models, Tim cook saves on the market the device for every budget. The Apple brand has somewhat lost the veil of exclusivity, but great gained money. The company’s revenue, according to the latest reports, increased by 12%.

Now, under the current concept, the company is profitable to leave the younger models for markets such as Ukrainian, but the expensive former flagship can have a negative impact on brand value.

Such a message was in the original quote an analyst from KGI Securities Ming-Chi Kuo: “the iPhone X could damage the brand value in the line of new models the second half of 2018, if it continues to sell at a lower price after the launch of new models.”

The expert suggests that the decline in prices on iPhone X after the launch of new models to be negative for the value of the product, given the 3D Touch and OLED display – it features a new model with a high price. In addition, sales of the iPhone X at a low price can adversely affect the supply of the new 6.1-inch iPhone with LCD-screen the second half of 2018. “Thus, we estimate that the iPhone X will reach end of life about the middle of 2018,” – concludes Ming-Chi Kuo.

That is, the analyst suggests that the expensive iPhone X, which, by the way, well earned, Samsung (screens) will soon be replaced by a new model.

In fact, all this apocalyptic hype around the outs of iPhone X, is associated not so much with the failure of the product itself, but with the change in strategy by Apple.

It’s time to finally admit that Apple is no longer a company of a dreamer and idealist Steve jobs, who believed in the magical “one superfood”, and became the company Tim cook who is willing to change strategy when new models under current market realities.