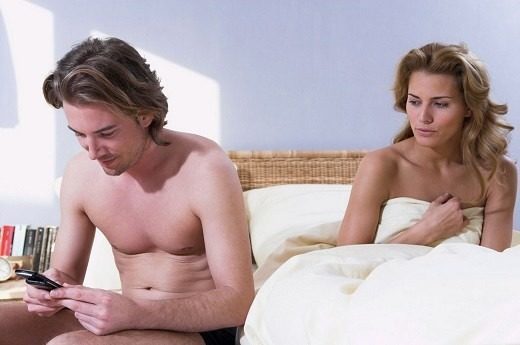 Social networks are replacing men morning sex
A quarter of survey participants admitted that he prefers in the morning to make love, and check mail and messages.

In a survey conducted by the British manufacturer of jam Duerr’s, was attended by about two thousand men and women. Respondents were asked about their favorite morning rituals, reports Rus.Media.

According to The Daily Mail, almost a quarter of respondents (23%), barely opening his eyes, reaches into the phone, and the most popular such response in men. Women often prefer kisses and cuddles with her beloved in the morning, believing it to be a good start for the forthcoming day.

In addition, every third Respondent, regardless of gender, said that he likes to Wake up to birds singing and sunlight pouring from the Windows, and for 27% respondents it is important that the first thing they hear in the morning was their favorite music. Many respondents said that like to start the day actively — to go for a walk with the dog, take the kids to school, go Jogging, gym, swimming pool. At the same time, every tenth Respondent admitted that he prefers to turn the alarm off and go back to sleep.