Such a fabulous Month, you can see almost once in a lifetime 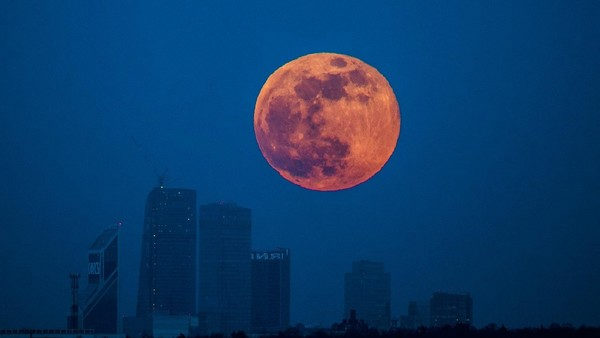 Such a fabulous Month, you can see almost once in a lifetime
January 31, the night sky will be lit up from three incredible astronomical phenomenon.

The inhabitants of planet Earth will be lucky enough to see an incredibly rare astronomical phenomenon – “bloody blue supermoon” at dawn on 31 January.

In the night of 31 January, the inhabitants of planet Earth will be able to see, simultaneously, three astronomical phenomena – a lunar Eclipse, a supermoon and blue Month, reports “Rus.Media”.

A total lunar Eclipse will see the inhabitants of Central and Western North America.

“Blue bloody supermoon” will begin at dawn on 31 January.

It is known that during a total lunar Eclipse, the Moon is in the shadow of the Earth. In turn, blue Moon is the second full moon that falls in one calendar month. A supermoon is the point of closest approach of the moon and the Earth.