The Bank of Peru took video of the Ghost of a crying girl In the World : Vladim 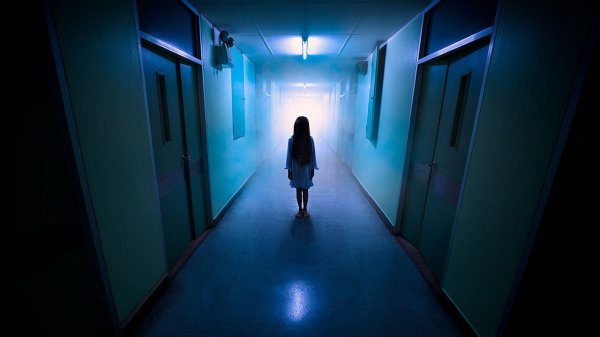 Employees of the Bank in Peru after the end of the day noticed the silhouette of a strange girl, who slipped into the hall and disappeared. The incident was able to capture on camera.

Employees of one of the banks in the city of Lima, located in Peru, said they have noticed the Ghost of a little girl. A video of the meeting with a Ghost was published in one of the social networks, which has quickly become viral in nature. The video was posted on 22 January, and within a couple days scored two hundred hits, and about fifteen hundred reposts. In the video a dark figure appeared behind the Bank’s employees, runs somewhat to the left and completely evaporates.

Bank staff suggest that they have seen the Ghost belongs to the famous Ghost of the Weeping girls, the existence of which I believe are Hispanic. The majority of the viewers of the video reacted to the meeting with the Ghost skeptically, assuming installation is possible.
The Ghost of the Weeping girl, according to the folklore of Latin America, belongs to the dead woman mourning her own children.