The catastrophe that is coming upon the Earth, shown graphically 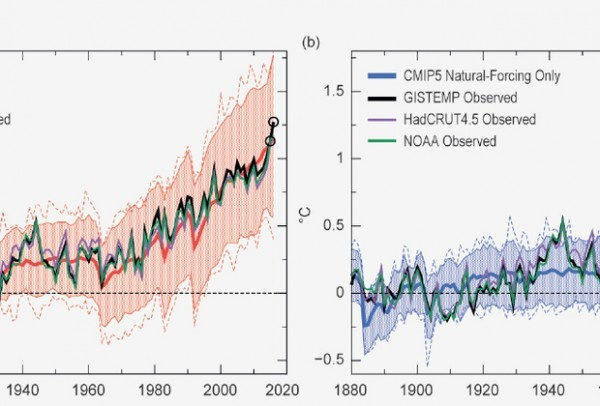 The catastrophe that is coming upon the Earth, shown graphically
A visual representation of the inevitability of the future process has shown scientist Dan Satterfield that works in the US.

The catastrophe that is coming upon the Earth, showed graphically, reports Rus.Media. A visual representation of the inevitability of the future process has shown scientist Dan Satterfield that works in the US.

The basis of the graphs he put the image of the fact that the Earth really is warming. For clarity, it is used indicators average annual temperatures recorded on the planet during 1880-2016.

When you build the right schedule, he assumed that the amount of greenhouse gases in the investigated period did not change. That is, it is a measure of the temperature change if it was excluded human impact.

On the left the chart this influence is taken into account. The situation, some simulated, since the real data about the state of ozonic holes appeared relatively recently.

Thus, scientists compiled graphs show how increased temperature of the planet due to human activities. Otherwise could not be, because the hydrocarbon emissions to the atmosphere are more than 600 billion tons.

Satterfield notes that changing the temperature just one degree Celsius, can occur disasters, the result of which will be the emergence of mass starvation in many regions of the Earth.