The French experienced a flying Segway 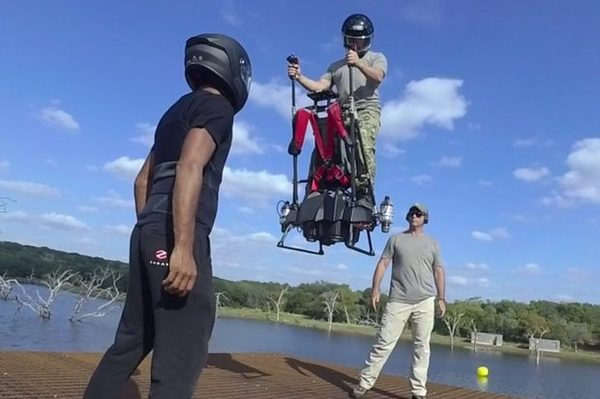 For the control of reactive seguem Ezfly, apparently, need some skills, passes Rus.Media. The pilot doesn’t even have to be fastened to the aircraft – enough to stand on the platform and place your hands on the handles.

To test the device in October 2017, the company has engaged several pilots. The video shows what protective equipment pilots use only the helmet.

Technical characteristics of the aircraft and its serial production are not yet known.