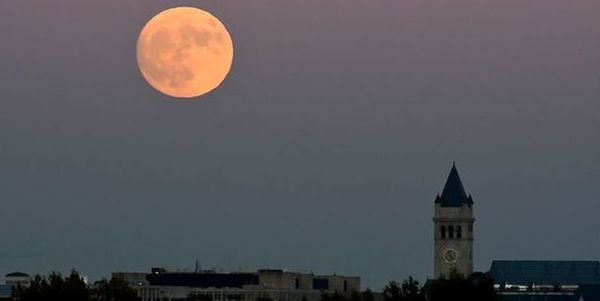 The inhabitants of the Earth at the end of January will see the bloody supermoon
Ukrainians will be able to see the “blood moon” and part of the lunar Eclipse of 31 January after 16:00.

Scientists from NASA announced the first in 2018 lunar Eclipse – “blood moon”, reports Rus.Media. It will take place on 31 January at the time of closest approach to the Earth and the moon.

This is the first such case in the last 152 years old – January 31 you can watch the “blood moon” simultaneously with a total Eclipse. Later this can be observed more often. Scientists say that the next date will be December 31, 2028 and January 31, 2037.

The first phenomenon can watch the people on the West coast of the United States, and from beginning to end phenomenon will only see residents of the island of Hawaii, the Eastern part of Alaska and Northwest Canada.

Well the Eclipse will be visible in Australia, New Zealand, Eastern and Central Asia. The inhabitants of the countries of Eastern Europe and the Middle East will see a bloody supermoon, when the earth’s satellite is quite high in the sky.

Ukrane supermoon can be considered 31 January after 16:00, but only if it is clear and cloudless weather. The distance between the earth and the satellite at this point will be 358 994 km