The massacre of the Perm school №127: What would make a teenager-addict and his buddy? Crime news : Vladim 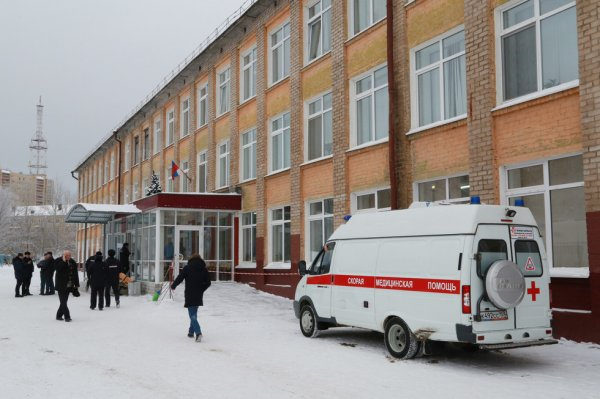 Today Perm has stirred up an extraordinary event. 127-th school former student together with a friend made a stabbing. As a result, injured 15 people, including the attackers themselves. What was the reason for this action of young people and what they wanted to achieve?

127 school in Perm is considered elite. The school was opened in 1965. Now school has over a thousand students who regularly become prize-winners of Olympiads and different competitions. Today this school has become the focus of attention of law enforcement agencies and the media. Still trying to figure out what actually happened in the Perm school №127. At 08:20 in the school siren sounded, the children spent in the gym. Floor of the first floor was literally covered with blood. The school began to arrive, the ambulance and police cars. 12 elementary school students were taken to the hospital. Among the victims were a teacher and two high school students.

Now at the disposal of the media got stories of eyewitnesses. According to students in the classroom work to them broke two teenagers. First, they attacked the teacher and struck her several blows in the neck with a knife. Then the attackers moved on to the students 4B. One of the teenagers wounded students, and the other stood in the doorway and watched that no one came out of the room. According to preliminary information, the boys agreed not to leave the school alive. For this they wanted to kill each other, but, fearing the pain, surrendered to the police.

Suspects in the case are 16-year-old Leo Bizakov and 15-year-old Alexander, Belize. The organizer of the attack was made first. Leo previously studied in 127 school and after he entered the Perm Polytechnic College. The stories of the father of one of pupils, Bizakov previously showed aggression and terrorized students. In College, he showed up absolutely wankered and fell into a swoon. On the page of a teenager in the social networks it became known that he is a fan of “Columbine” (the tragedy in an American school, which occurred 19 years ago). Also there was a video where a guy, presumably Bizakov, using drugs and behaving inappropriately.


Media has learned that a few days before the tragedy, Bugakov told a friend that soon in 127 school happens the “something” that made a lot of noise. Leo was going to become famous with the help of his 15-year-old friend that he partly succeeded. It should be noted that the mother Bijakova refused to visit his son in hospital, according to her statement, she does not see in it sense. To understand what happened will be law enforcement officers. The measure of restraint for suspects yet determined.