The mind reading headset will allow a mute to “speak” 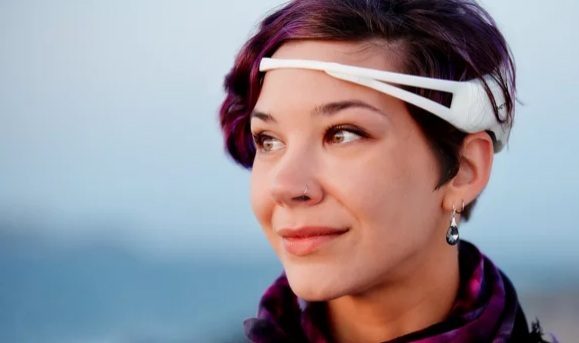 The mind reading headset will allow a mute to “speak”
The app, which is the basis of the headset Smartstones, will help to communicate to people with speech disorders.

Technology think to speak (“thinking, talking”) works by reading the brain waves of the user, and then expresses them in the form of phrases through a special application:prose for the smartphone, reports Rus.Media. The app, which is the basis of the headset Smartstones, will help to communicate to people with speech disorders.

The headset will allow people with diseases such as cerebral palsy and autism, to communicate to others their thoughts and feelings.

Smartstones reads a person’s thoughts about movements, to articulate the phrase, it is tied to this sequence of movements. That is, when the user thinks about a specific movement (e.g., hand flapping), which should be linked to a specific team or things, the headset transmits a signal to the smartphone app:prose, in turn, processes it and delivers the finished phrase. In fact, Smartstones works similarly gestural and touch interfaces, only eliminating the physical movement.

As expected the creators of the project, their development will be able to replace all modern devices allowing to communicate with people with speech disorders.

At the moment Smartstones is tested, and the results are already surprising. One of the test participants could easily Express their thoughts, and this is incredible, considering that the training was the use of other technologies that help to communicate, the years went by.

Appendix:prose is available for iOS and Smartstones is running a beta version of the technology think to speak, which should markedly improve in the near future.