The most popular smartphone in the world 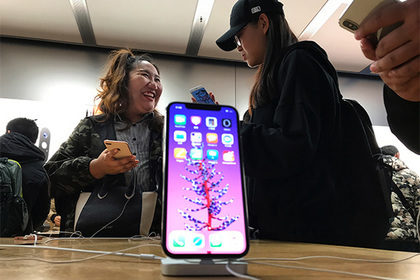 The best selling in the world of smartphones for the fourth quarter of 2017 was the iPhone X, reports Rus.Media.

Apple shipped 29 million units. The results of the study given on the website of the independent analytical company Canalys.

“In early November, Apple faced problems of supply, but at the end of November and in December reached a huge growth. This has helped the company to meet and even to increase the demand (…) the market until the end of the quarter,” said analyst Ben Stanton (Ben Stanton).

High popularity expensive iPhone X due to two factors: easy access to credit and exchange program for old devices. As a result, the owner of the old iPhone could give Apple your device and get a discount on a new one. At the same time, the company has not disclose quarterly results.

Monday, January 22, analyst at KGI Securities Min-Chi Kuo predicted the imminent termination of production and sales of the iPhone X. According to him, Apple will no longer produce the smartphone in the summer of 2018, while sales will cease with the release of a new model. The analyst was referring to the alleged low sales of the device.