The Network has shown how robots crunches (video) 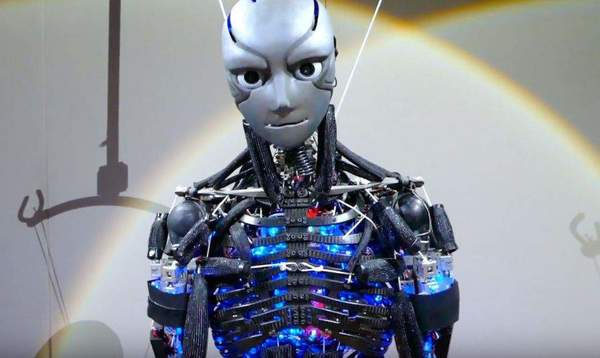 The Network has shown how robots crunches (video)
Japanese engineers have created a humanoid robot-jocks who are able to perform difficult exercise.

To this day, created by the engineers and technicians work who are trying to replicate the human movements were so slow and clumsy, has caused not the capture, but mostly ridicule, writes Rus.Media.

But technological progress does not stand still, and technology is constantly improving, as demonstrated by two new mechanical humanoids, created by developers from the University of Tokyo.

These machines, made in the likeness of man, affect the ability to catch up on the bar and doing push UPS, and perform a rather complicated exercise for abdominal. The bodies of the robots that got the names Kengoro and Kenshire, almost completely repeat the structure of the musculoskeletal system, of course, except that the muscular and ligamentous systems are made from metal, plastic, and flexible connections. Interestingly, the skeletal system of these humanoid machines printed on a 3D printer, and it has the same spongy structure, as well as some bones. The main support for the body is a construction that simulates the spine. They also have a thorax, arms, legs and pelvis. A balance of machines helps to keep a complex sensory nervous system.

In addition, robots are equipped with artificial intelligence that is programmed to be guided by independent thinking and not to wait for instructions from the outside. On top of that, they sweat like people. This pit really is a water condensate, which emerges on the surface “skin” of the robot as the result of the operation of the cooling system.

Obviously now you wonder – who would want to create such robots, which in reality does not need physical exercise to keep in shape? It turns out that the developers have built these machines in order for scientists to be able to test different therapeutic exercises, and conduct experiments to study athletic training. They will be a great test subject for the development and implementation of artificial limbs and implants, or be able to perform the role of dummies for automotive crash tests.