The scientists said, who is wise is rich or poor 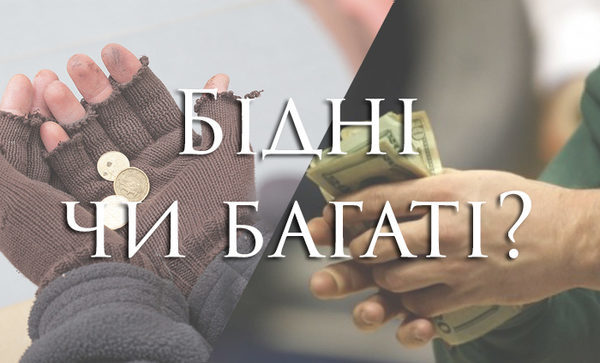 The scientists said, who is wise is rich or poor
People from the lower strata in interpersonal conflicts proved to be more impartial, better understanding of the limitations of their own knowledge and looked at the issue from different sides.

In the new work, psychologists Igor Grossmann (Igor Grossmann) and Justin Brienza (Justin Brienza) from the University of Waterloo attempted to determine whether there is a relationship between social class and wisdom in the resolution of conflicts. The study took place in two stages: in the first took part 2145 people, the second 299.

A team of scientists conducted an online survey, participants were U.S. residents. The volunteers had to recall any recent quarrel, for example with a friend or colleague, and then complete the questionnaire. It consisted of 20 questions which tried to find out details of behavior of the respondents during the conflict, for example whether they tried to understand the reasons for another person’s actions or did they look at the situation from the outside.

In parallel, Grossman and Brienza had collected statistics on average incomes.

In the second part of the study participated the representatives of different classes – from the poor to the rich unemployed who live in Michigan. They took the test of intelligence Wechsler and read three letters to the advice column “Dear Abby”. In one of them, for example, pitaloka about choosing sides in a dispute between mutual friends. After reading, each participant discussed with the interviewer how to develop the situation.

The results of an online survey showed that people who belonged to the lower social strata, argue wiser than middle-upper class (correlation coefficient 0.39 per). On the other hand, significant correlation between level of intelligence and wisdom in interpersonal conflict scientists could not be found.