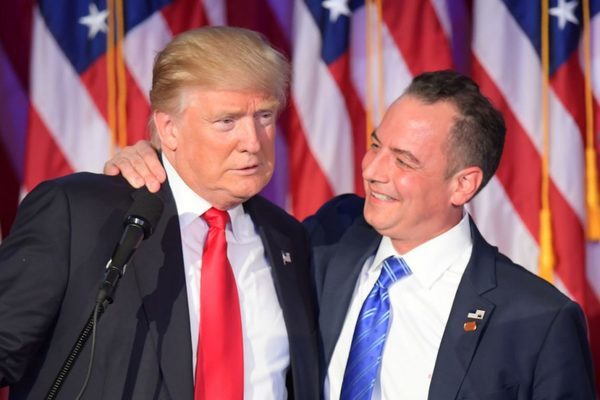 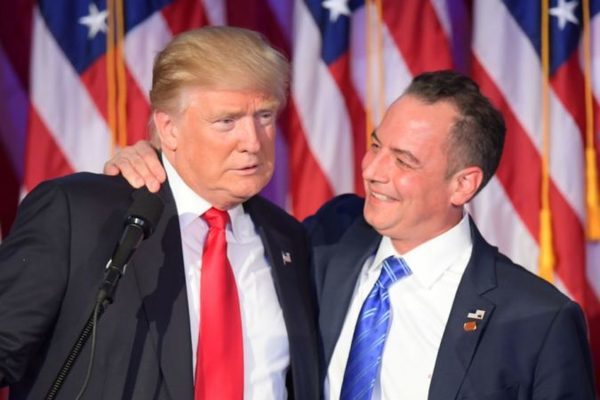 Donald Trump launches into an intense week of selection of key figures of his administration, after trying to convince a divided America – and the world – not to be afraid of its future policy.

The Democratic president Barack Obama will in the afternoon (15 h 15) his first press conference since their meeting on Thursday, after the victory of the shock-real estate magnate.

Mr. Obama then told they had “an excellent conversation” with the one he said during the campaign that he was a threat to American democracy.

The ball of close advisers resumed early on Monday morning at the Trump Tower in the heart of Manhattan, where the three adult children of billionaire – Ivanka, Donald Jr. and Eric – who are part of the transition team determine the face of the next administration Trump, arrived among the first.

Soon after, one of the potential candidates for the position of Treasury Secretary Steven Mnuchin, former of the great investment bank Goldman Sachs, was in turn engulfed in an elevator of the Trump Tower, decorated with a picture the next US president.

“I am here to help with the transition this week, there is a lot of work,” he told reporters, dodging a question about his willingness to hold this position.

Donald Trump “prepares” to lead America, said Monday the future general secretary of the White House Reince Priebus. “I think we have the opportunity to do all this because we (Republicans) have the House of Representatives and the Senate, and we have a Congress that is eager to make this work,” said Reince Priebus in a interview with ABC.

Mr. Priebus, who had had some friction with the billionaire during the campaign, is also back on the willingness of the President-elect to spend time with his predecessor, Barack Obama, to ensure a smooth transition between the two administrations.

Optimistic despite the division of American voters who have awarded more votes to Clinton, despite losing in terms of electoral votes, Reince Priebus predicted that “in 20 or 30 years there will be books written about this president (Trump) on its success and how he has fulfilled his promises. And on how the American people have appreciated the work done by the elected President Trump. ”

In his first 100 days as head of the country, Mr. Trump’s priorities will be to tackle illegal immigration, tax cuts, think instead of the United States in the world by defining pillars of foreign policy, and reform the law on the Obamacare health insurance, he said.

“We have the opportunity to do all this because we have the House of Representatives and the Senate, and we have a Congress that is eager to make this work,” said Reince Priebus on ABC, recalling the “landslide” Republicans on 8 November.

“I find the quiet Elect, posed and serene,” he added, while the explosive personality Donald Trump, accustomed controversy bursts, worried. Reince Priebus should attempt to heal the wounds of a Republican Party that was torn during the campaign.

Faced with this figure in the establishment so often maligned by billionaire in the country, Donald Trump announced a controversial appointment as Senior Advisor and Chief Strategy “: Steve Bannon, an influential extreme right personality , noted by his website Breitbart News.

Steve Bannon had headed the Donald Trump campaign from August. His appointment raised a wave of indignation on the part of anti-racism associations.

On the international stage, Chinese President Xi Jinping and Donald Trump have finally maintained Monday, nearly a week after his election. They “are set to agree to maintain close contact, build a good working relationship and to meet soon,” said Chinese state television CCTV on its website.

A stark contrast to the language used during his campaign for the Republican, who had treated China as “enemy” and accused her of “violating” the United States, denouncing the commercial competition in Beijing.

Donald Trump also offered a more conciliatory face Sunday in his first interview on CBS, trying to allay fears about his election. He has condemned the acts of violence and harassment against minorities which, according to opposition Democrats and associations have multiplied since his election.

He also showed very firm on several key issues of his conservative agenda, such as abortion or immigration, stating want expel up to 3 million illegal immigrants, about 11 million, mainly Latin Americans, who live in the US, according to estimates.

The expulsions were not stopped by Barack Obama, who had even been dubbed “the Chief expeller” by influential Hispanic organizations having expelled some 2.5 million people between 2009 and 2015, a record compared to its predecessors.

The markets confirmed their renewed confidence Monday, the index star of the New York Stock Exchange, the Dow Jones opening on record.