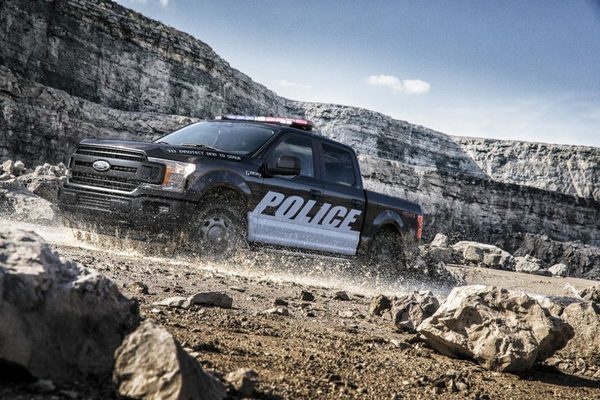 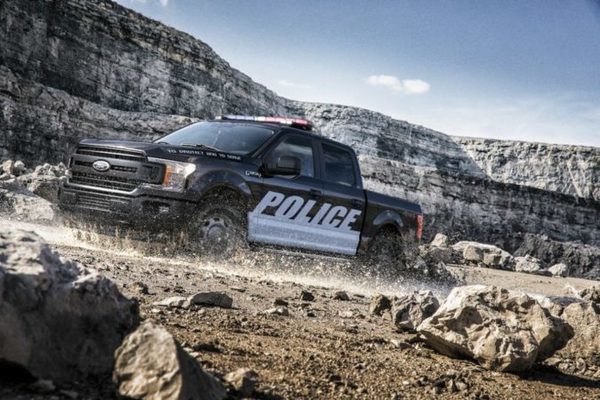 Ford has unveiled the first images of the new F-150 and Expedition SSV 2018, editions specially developed for North American police forces.
Both built from an aluminum chassis, the F-150 and the Expedition SSV can be powered by a 5.0-liter V8 engine or a 3.5-liter EcoBoost V6. Regardless of the engine, a new 10-speed automatic transmission, developed in partnership with General Motors, is now being used.
With this new transmission and the use of an automatic engine stop system during immobilization, Ford promises an improved fuel economy.

To compensate for the intensive use of electrical equipment by the police, the original alternator was replaced by a more efficient model.

The rear bench has also been replaced by two vinyl benches to facilitate maintenance and prevent premature breakage.
An important market
According to Ford, police forces are increasingly abandoning traditional sedans and turning to more imposing vehicles. The Explorer also takes over the majority of the orders of the manufacturer from the police forces.