UFO in the sky over the city of Taylor in Michigan, USA (photo, video) 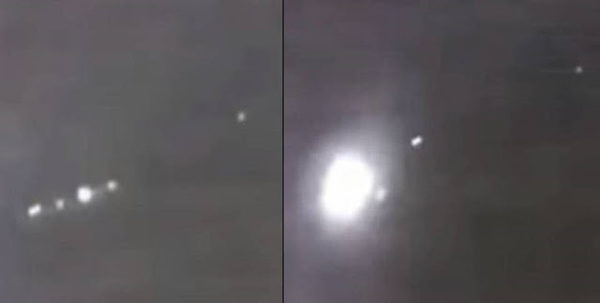 UFO in the sky over the city of Taylor in Michigan, USA (photo, video)
In Michigan recently there was a flight and explosion of a large meteorite.

In Michigan recently there was a flight and explosion of a large meteorite, the power of the explosion amounted to 100 tons of TNT, but it happened and another event the same night, but if new haven’s watched the flash and blast, in the city of Taylor observed anomalous UFO activity. Maybe these two events are interrelated?

Taylor is a very small town, but it is always attended by the presidents, that Bush did, Obama and Clinton. 3 President visited this small town, why is it so important?

The night of 16 January 2018 surveillance camera recorded some very strange events in the night sky over Taylor. First, there is a large UFO that moves either forward or backward, then the number of UFO increased to five and they continue to fly forwards and backwards at the same height.

Judging by the bright light that comes from objects, they were in the upper atmosphere and flare created by sunlight fall on them. This large UFO that is in the upper atmosphere, maybe even in orbit, accompanied by a group of other UFO was the cause of the mysterious explosion over America and it was not a meteorite?