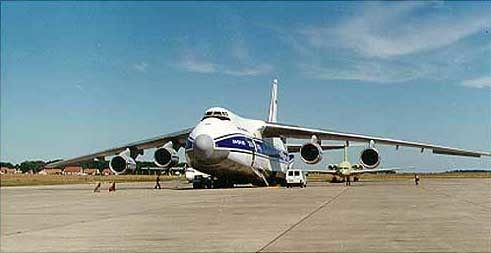 According to the state enterprise “Antonov” on his page in Facebook, reports Rus.Media.

It is noted that the Americans appreciated the opportunity to “Ruslan” carry three Apache helicopters at the same time.

“In the new issue of “Mega Machines: The world’s Strongest Plane”, the main character was An124-100 Ruslan, the largest of the transport aircraft manufactured in series. In particular, the creators of the program were amazed at the ability of “Ruslan” carry three Apache helicopter. The film was shot on planes operated by “Antonov Airlines”, – stated in the message.