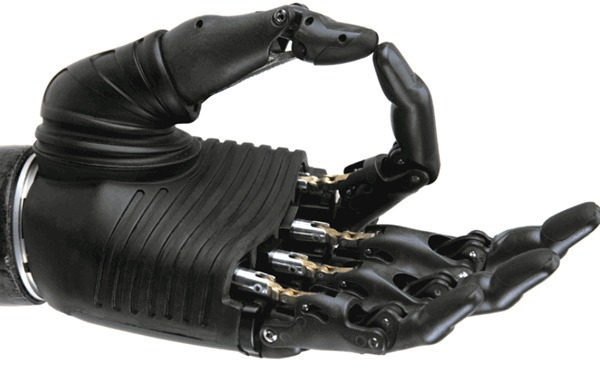 Ukrainian scientists have created a unique Banco hand
Scientists of Sumy State University designed and printed on a 3D-printed bionic prosthetic hand, is able to respond to impulses from the brain

Bionic arm needs to restore the function of lost limbs and are able to learn new movements. The device is based on the principle of artificial intelligence, reports Rus.Media.

“At this stage I assumed the mechanical component of this unit. In the future it will be possible to perform the movement of each finger is completely bent all the fingers,” said researcher Artem Korobov.

Another advantage of the Ukrainian of the invention is low power consumption. On pilot project worked for six months, spending 15 thousand UAH. According to scientists, in the case of serial production of the Ukrainian artificial hand will cost cheaper foreign analogues.

In December 2017, the project won the finals of the Kiev festival Sikorsky Chellenzh and received the prize and diploma of the laureate of the presidential Fund “Ukraine”. Now scientists are looking for investors for improvements of the invention.