Was found the oldest animal in the world 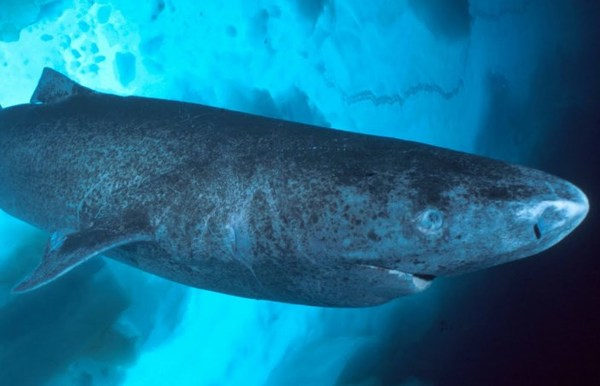 Was found the oldest animal in the world
In the Northern part of the Atlantic ocean found presumably the oldest NIN an existing animal.

This is a Greenland shark. Thanks to carbon Dating, scientists found that she was born in 1505. These animals grow throughout life and an average increase in growth of 1 cm per year. Some specimens are up to 5 m. So the polar sharks sure can be attributed to centenarians, reports Rus.Media.

Studies of sharks conducted by Norwegian scientists from the Arctic University. Now they have another 28 individuals who, according to preliminary data, also live for several centuries.

Greenland sharks live in the Arctic and Atlantic oceans. It is large and slow predators. The secret to their longevity is…

The longevity of sharks affected by the cold environment and slow metabolism.

People they almost not attack. These predators live in cold regions where people are almost impossible to meet. And when injected into the grid do not have much resistance.

But the fishermen consider them pests. Because sharks eat fish and can entangle fishing gear.

The lifespan of the Greenland shark are very important to us…

Through the study of Greenland sharks can detect how humanity affects the world’s oceans over the years.