What’s making mysterious noises in the depths of our planet 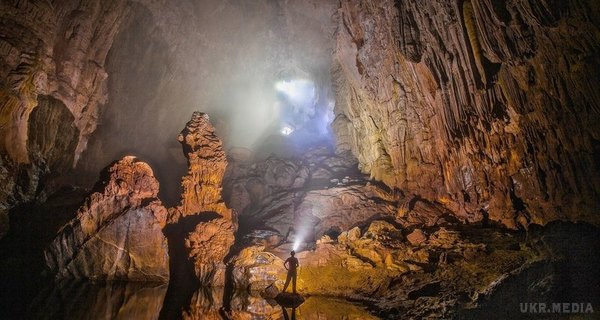 What’s making mysterious noises in the depths of our planet
The researchers got the chance to reveal this mystery.

For many decades scientists wonder about why from the depths of our planet you hear a strange hum, even when no seismic activity is not observed, reports Rus.Media. Now the researchers got the chance to reveal this mystery.

Even in a time when our planet not to shake the earthquake, it still emits a small hum. About it scientists have known for many decades, but the exact reason to call, no one could. Seismic stations have measured this phenomenon on the surface of the planet, but could not do the same in the depths of the ocean — too much background noise. Now the team of European scientists the opportunity to conduct all necessary measurements using a special ocean seismometers.

Project on the measurement of noise began with 57 of seismometers that monitor seismic activity on the area of 4 million square kilometers in the Indian ocean from late 2012 to late 2013. Researchers have developed a method of data analysis, which eliminated side noise (arising, for example, during a tide) and has provided a reasonably clear sound. The results of their work team, published in Geophysical Research Letters.

Underground hum is the result of vibrations that occur with frequency from 2.9 to 4.5 MHz times for a few minutes. National Geographic reports that there are still doubts as to whether this occurs due to the current of the ocean waves or atmospheric phenomena. But the study of mysterious drone is very important for science: combining data onshore and offshore seismometers, scientists can more accurately predict earthquakes in a particular area. In addition, these vibrations can be used to explore the underground part of the Earth where researchers have no opportunity to penetrate into the interior of the crust.