Whitening the penis and the vagina : doctors are sounding the alarm 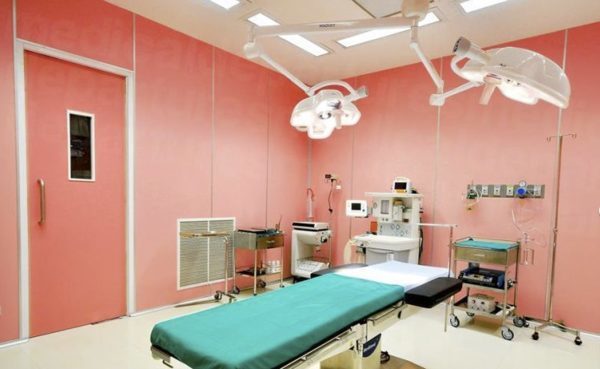 After the enthusiasm generated by the lengthening of the penis, a medical technique of surgery even more unusual was recently launched in Thailand : the bleaching of the penis. Also possible for the vagina. Proposed by the Lelux Hospital, this intervention has been made popular by the dissemination of a video clip on the page Facebook of the hospital in early January. The video shows a patient in a hospital room near Bangkok, legs spread out, trying to bleach the penis. Each month, the facility would meet a hundred people (between the ages of 22 to 55 years of age) wishing to whiten the penis or the vagina.

The presence of a crowd due to the cult of whiteness. In some countries in Asia such as Thailand, the skin colors are associated with the social classes in the collective unconscious. Popular belief defines the dark complexion as that of persons exposed to the sun, work in the fields, and by definition, you are poor.
“I feel much more confident in underwear”
The initiators of this form of cosmetic surgery will therefore find their account. They specify the price on their page Facebook : $ 650 for 5 sessions of laser on the penis, or approximately 539 euros. “This operation of aesthetic surgery is popular among gay men and transvestites who take care of their private parts and want to be beautiful on the whole body,” said Popol Tansakul, director of marketing, the Lelux Hospital.

Shared more than 19,000 times on the social network, the publication has generated a real buzz, with mixed reactions from viewers : some are outraged at this practice, others are amused. “I feel much more confident in underwear and swimwear,” said a patient at the BBC.
The thai government warns
But the health authorities, they, are sounding the alarm. In a press release, the minister of health of thailand has warned against the risks of such an intervention, which may lead to burns, scars, spots as well as possible side effects on the male reproductive system. This is a view shared by western doctors.

“The skin of the penis is extremely specific, it is fine and has certain specificity of hormonal. I do a lot of surgery and intimate, including recreating yards for transsexuals. And the yards to the very white skin are seen as a failure of reconstruction because it has an aspect that is not natural,” said the cosmetic surgeon French Fabien Boucher at the annual conference of the Imcas who is currently being held at the Palais des congrès in Paris.