Who mosquitoes bite most? 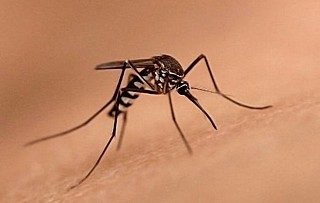 Who mosquitoes bite most?
American researchers have found that mosquitoes react not only to the smell of the human body, but also on how active the person flushes mosquitoes from the skin.

From everyday experience we know that some people sit mosquitoes more often than others, reports Rus.Media. In the journal Current Biology published an article that partially explains this phenomenon by how skillfully a person kills mosquitoes that land on the skin.

“If you are in the company, keep close with each other, passionate conversation, and, ignoring the mosquitoes; they are likely to stick to it and you will be left alone,” explains Jeffrey Riffell (Jeffrey Riffell) from the University of Washington in Seattle, one of the authors of the study.

In the article, Revell and his colleagues describe the behavior of mosquitoes released into the room with the two hanging from the ceiling by pieces of cloth. Some pieces before, kept men, and they were given attractive to mosquitoes the odor of the human body, the other was clean. Mosquitoes mostly sat on the fabric, which smelled of man.

The experiment was repeated by adding mechanics: fabric with the smell of human was set in motion, one that did not smell, is left hanging undisturbed. In this case, the mosquitoes favored piece of cloth that smelled like man. One frightening insects wave paintings, the researchers “taught” them to avoid the inconvenient of the target. The vibration effect was equivalent to 40% of the effectiveness of the repellent.

Further experiments proved that the insects not only remember the object that it is hard to take, but also associated this complication with the smell of a particular person. This bond is formed due to the activity of dopamine; genetically modified mosquitoes, in which binding of dopamine was difficult and this bundle is almost not formed, did not distinguish the smell of the human body.

The study’s authors believe that their discovery could be of great benefit to public health. For example, the breeding of genetically modified mosquitoes with impaired binding of dopamine can lead to a significant reduction in the incidence of malaria and other infections, which are carriers of mosquitoes.