Why wear a red string on your wrist. The answers to all the questions 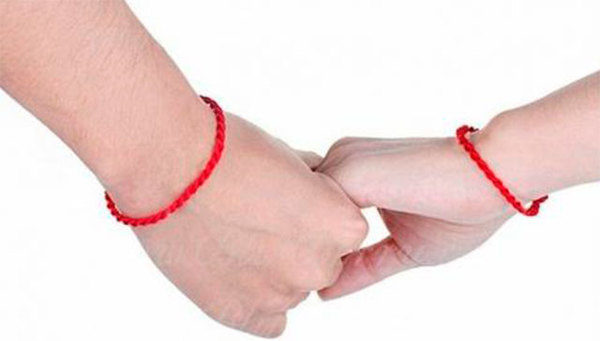 What does the red thread on the wrist?

Red wool (often) the string on the hand is a powerful amulet against the evil eye (evil eye) and other troubles. It is believed that if a person believes in her strength, then the thread will move in the right moral direction, will be cured from many diseases and positively influence the thoughts and actions. It is best to wear a red thread, which was acquired in the Israeli city of Netivot.

Along the main version, Rachel’s tomb, an Israeli woman, the Matriarch, was tied with a red thread. This woman, according to the Kabbalists, is considered the mother of mankind, which protects from all evil. Also the choice of color is associated with the fact that red is the color of the planet Mars, symbolizing strength and protection.

Why the thread should be worn on the left wrist?

It is believed that the good comes into our body from the right side and negative on the left. The desire to get something connected directly with the left hand, and the desire to share – right. By the way, when you decide to wear a red string, take care of you tied to her loved one, or simply friends who you trust. This is necessary to make 7 knots, and you should say a prayer. Myself to tie string, as the action will be useless.

What if the red thread is lost or broken?

You lost the red thread and upset? You, on the contrary, to rejoice. If a talisman that something had happened, so he fulfilled its primary mission – protecting. Somebody tried to put a spell or jinx, and all the negative energy thread took and disappeared. And you result, was not injured.