World Russia to investigate if Siberia wildfires were started deliberately 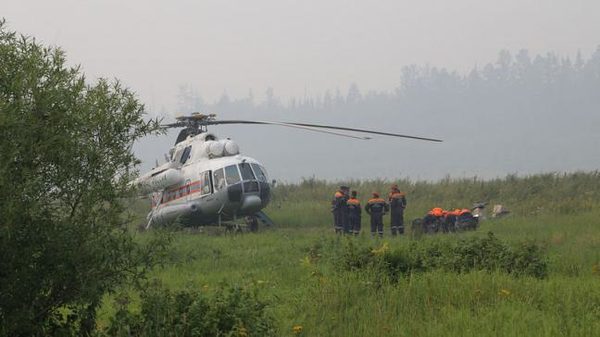 MOSCOW (Reuters) – Prime Minister Dmitry Medvedev on Thursday ordered Russian police to investigate if wildfires in Siberia could have been started deliberately to conceal illegal logging activity, as army planes flew in to help firefighters battle the blazes.

Russia’s Investigative Committee also said it had opened a criminal case over the fires and was investigating officials in the Siberian city of Krasnoyarsk for suspected negligence at having not taken action to stop them.

Medvedev ordered the Interior Ministry, General Prosecutor’s Office and Investigative Committee to investigate if some fires had been started to conceal illicit logging and to report back to him by Nov. 1, TASS news agency reported.

Environmentalists have dubbed the fires an ecological catastrophe and a petition circulated online by an ecologist from Siberia had garnered 872,000 signatures as of Thursday demanding authorities take tougher action.

The Defence Ministry said 10 army transport planes and 10 helicopters had arrived in Krasnoyarsk, a day after President Vladimir Putin ordered the army to help firefighters battle the fires.

Regional authorities have said the wildfires have been caused by lightning after a long spell of hot weather, but Medvedev also raised the possibility of arson at a meeting in the Siberian city of Chita on Thursday.

Anton Beneslavsky, a Greenpeace activist, however, said the fires were caused by a combination of climate change and what he said were ineffective measures in place to bring forest fires under control.

Firefighters have been battling forest fires on 116,000 hectares in Siberia’s Irkutsk and several other regions, but other vast fires covering a total of 2.96 million hectares are only being monitored, the Federal Forestry Agency said.

NASA said in a statement on Wednesday its satellite imagery showed the smoke from fires, which collectively cover an area the size of Belgium, had wafted across Russia’s Siberia and Far East all the way to Alaska down the west coast of Canada.

More than 800 inhabited settlements, from villages to cities, have been shrouded in smoke in the regions of Krasnoyarsk, Yakutia and Irkutsk, TASS news agency cited the emergency services as saying.

In a rare phone call late on Wednesday, U.S. President Donald Trump offered his Russian counterpart Vladimir Putin help in putting out fires. Putin told Trump that Moscow would take him up on his offer if needed.

Separate online satellite imagery from fires.ru, a site run by a satellite monitoring company, showed that the fires appeared to be near an area where the Kuyumba oilfield is located in eastern Siberia.

Russian oil giant Rosneft, which operates the field, declined to comment, but a source at the company said Rosneft had taken all possible measures to ensure that its facilities were safe.