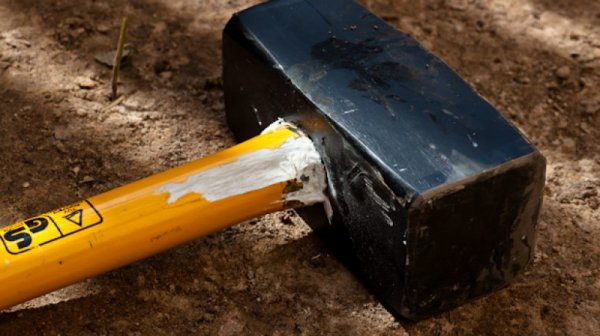 A resident of the village Novomoskovskoe in Moshkovsky district of Novosibirsk region killed his pregnant wife with a sledgehammer. The murder was planned in advance. The young man made gloves, a heavy hammer and hid it all away in the forest.

While walking he implemented the plan. Struck the girl several blows to the head, then dragged the body from the trail further into the forest and covered it with leaves.

The crime occurred on 2 August last year. Parents and relatives of the killed have made Herculean efforts to find the missing girl, but to no avail.
Recently, the criminal himself came to the local police Department and admitted deeds. He showed the place where the corpse lies and told the investigation team about their motivations.

It turns out that pregnant companion prevented him to keep the other girl that the guy liked a little late. The contradiction between the desired and actual young man was allowed through murder. Information about this appeared on the website of Bolotninskiy district court of the Novosibirsk region and duplicated by the local media.