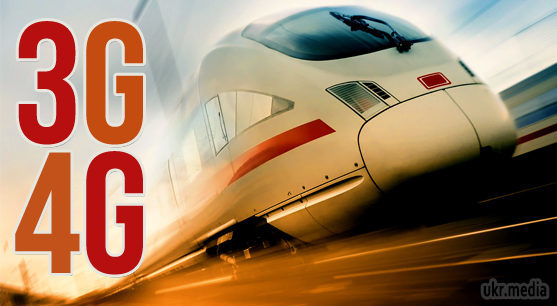 3G and 4G – what is it?
3G and 4G technologies that provide users of mobile devices able to receive wireless high speed Internet access,

. In addition, 3G and 4G are the radio technologies that create the data channel. Mark G numbers next to each of these definitions means generation. Thus, 3G is the predecessor of the new generation 4G.

Third generation wireless networks were developed in the 90-ies of the last century, but widespread usage they came only in the early 2000s. 3G replaced the second generation, in particular, obsolete GPRS. The international Telecommunication Union has defined the specifications of the new generation mobile communication standard IMT-2000. According to IMT-2000, operators had to provide a transmission speed up to 2 Mbps for stationary users and 384 kbps for moving objects. In the second case to download 1 GB of data will have to spend more than seven hours. It becomes clear that about any watching movies online or Youtube videos in HD there is no question. The most popular third generation mobile communication has entered the communication standards UMTS and CDMA2000. The latter, though officially included in the list of networks of the third generation, but the real speed access to the Internet had little more than GPRS – about 100 kbps. In Ukraine, the operators offer 3G connection only CDMA standard. The declared speed of the Internet in the capital is 3 Mbps, but actually it does not exceed 1 Mbit/sec. The main problem with this 3G is the need to buy a special modem because the standard smartphones and tablets do not support CDMA.

The development of 4G began in 2000, but the mass distribution of the fourth generation had only 2010 years. The international Telecommunication Union attributed the 4G standard IMT-Advanced, according to which the input speed was 1 Gbit/s for stationary terminals and 100 Mbps for mobile. Thus, on paper the speed compared to IMT-2000 has increased almost 500 times. Similar Internet could completely replace not only the standard DSL modem, but to compete with a wired connection to a broadband channel. In fact under these standards still can’t get none of our current technology. In this regard, technologies are WiMAX and Long Term Evolution (LTE) started calling 4G. Their maximum speed is 40 Mbps and 100 Mbps, respectively. But the data is different from the real: the speed technologies WiMAX and LTE do not exceed the target of 4 Mbps and 30 Mbps. However, this is also a big leap compared to 3G and it will come down to training in new generation networks. In countries with 4G users can use phones with two gigabytes of internal memory, and all the information you need to keep in cloud storage. Any photo or song downloaded from the cloud in less than a second

. Visual comparison of the third and fourth generations of wireless mobile Internet