A new chapter for Shapovalov 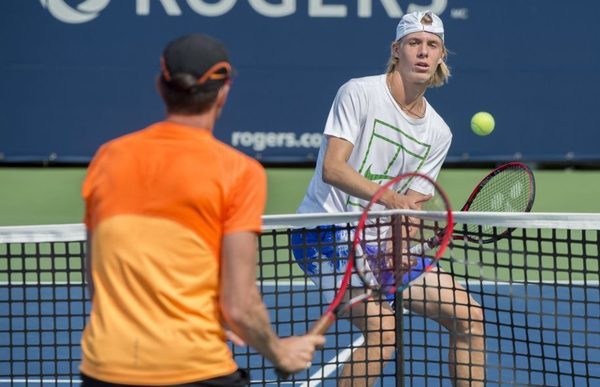 Photo: Paul Chiasson, The canadian Press
Shapovalov has dazzled the world of tennis and held breath of an entire nation following his victories at the Rogers cup.

The Canadian Denis Shapovalov is entering a new phase of his career as he begins his preparation for the qualification in view of International tennis in the United States.

Shapovalov trained with his coach Martin Laurendeau for an hour and a half on the National Bank court on Thursday morning before participating in a press conference and a teleconference.

Invited by the organisers to the main draw of the Rogers Cup last week, Shapovalov has dazzled the world of tennis and held breath of an entire nation in the wake of his victories against the Argentine Juan Martin del Potro and Spaniard Rafael Nadal.

Youngest player in history to qualify to the semi-finals of a tournament, Masters 1000, Shapovalov has finally bent the bow to the young German Alexander Zverev, the eventual champion of the tournament.

Despite his defeat against Zverev, Shapovalov has moved from 143rd to 67th ranking in the ATP.

Qualifications for the International of the United States will begin next Tuesday.