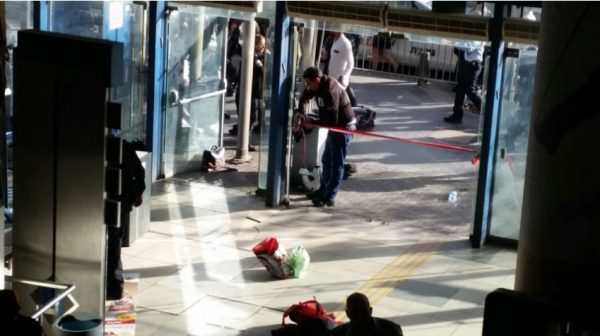 Guarding the station, the police received a serious knife wound from a 24-year-old Palestinian who attacked him without warning. Jerusalem police qualified this crime as a terrorist attack.

Against the backdrop of strained relations between Palestine and Israel, because of the provocative statements from the United States, and increasingly in Israel, there are rallies, protests and attacks that can hardly be called peaceful. Just this morning, from dispersal by the military of Israel suffered boleee thousands of protesters. This time, the accident occurred at the main bus station of Jerusalem. There, 24-year-old Palestinian attacked with a knife on a policeman guarding the station. In the attack, a security guard was seriously injured, but the Palestinians also received a head injury. The police took the assailant and took him to the hospital.

This attack is pre-qualified as a terrorist attack. According to recent reports, the assailant is a resident of the Jordan