A tough day for canadian players at Rogers Cup 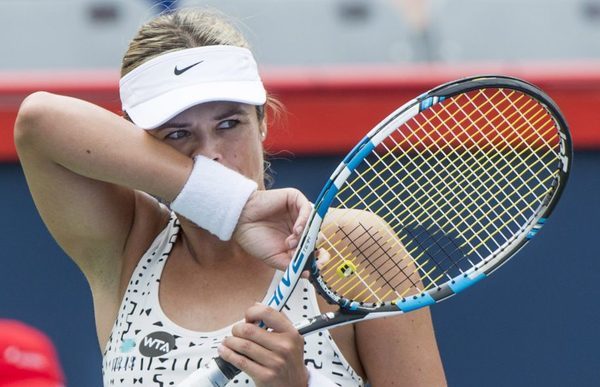 Photo: Paul Chiasson, The canadian Press
The player Alexandra Wozniak at the Rogers Cup in Montreal in 2016

Toronto — representatives of Canada experienced the first half of the day difficult on Saturday during the initial round of qualifications for the tennis tournament Rogers Cup.

The Quebec’s Aleksandra Wozniak and Charlotte Robillard-Millette have experienced the elimination of two rounds, in front of the Romanian Sorana Cirstea, and the Japanese Risa Ozaki, respectively.

It was the Ontario women’s Gabriela Dabrowski and Katherine Sebov, also disposed in two sets, in the hands of the American, Varvara Lepchenko and Australian Ashleigh Barty.

The Ontario Isabelle Boulais lost 6-0 and 6-1 before the American Christine McHale.

Layne Sleeth of Unionville, Ontario, has lowered the flag 6-2 and 6-2 in the face Kirsten Flipkens, of Belgium.

Moreover, the Russian Magdalena Rybarikova, 33rd world and favorite of qualifications, has passed the second round thanks to a victory against the Japanese Kurumi Nara 6-2, 5-7, 7-6 (6).

The Romanian Irina-Camelia Begu, second-seeded, has also entered the second round after his victory of 6-3, 6-4 against the Japanese Miyu Kato.

The main part of it begins Monday and includes Quebec’s Eugenie Bouchard and Francoise Abanda, of that the young Bianca Andreescu.

Montreal — The Canadian Frank Dancevic has approached to a victory of the main draw of the Rogers Cup after defeating Marius Copil 7-6 (3), 6-3 in the first round of qualifying on Saturday at Uniprix stadium. The Ontario of 33 years, 357th player in the world, needed 76 minutes to reach the second round of the qualification, where he will face the American Tim Smyczek, who defeated Canadian Pavel Krainik 6-0, 6-4. Dancevic has won 84 percent of its points after having placed his first ball in play and has not suffered any break in service in the face of the sixth head of a series of qualifications.