According to Laraque, the intention of the Penguins to go to the White House is “embarrassing” 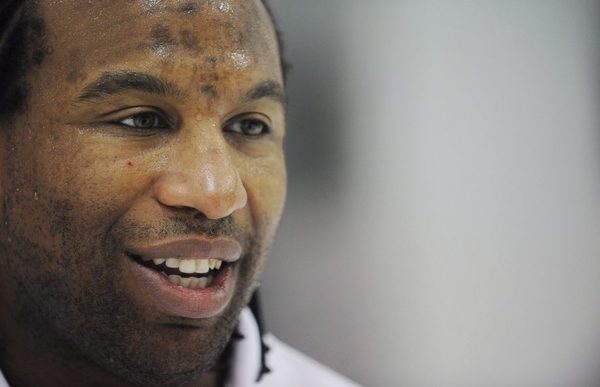 Photo: Graham Hughes The canadian Press
Georges Laraque says he is surprised that the NHL has not taken a position in this case.

The ex-hockey player Georges Laraque has called “embarrassing” the intention of the Pittsburgh Penguins to accept the invitation of the White House.

The former strong man of the national League, who has worn the uniform of the Penguins in 2007 and 2008, noted that the hockey world has always been a bit more conservative than other sports, but he believes that in this particular context, it is an error. He said he was surprised that the NHL has not taken a position in this case.

The Penguins issued a statement, Saturday, in which they announced that they would respect the tradition, according to which the teams champions of the four major professional leagues are welcomed to the White House. This press release came a few hours after president Donald Trump withdrew the invitation to the Warriors of Golden State, the defending champions of the NBA, because Stephen Curry, their big star, had said that he did not want to go to the White House.

The controversy started Friday night when Trump, during a rally held in Alabama, suggested that the owners of the NFL’s lay off the players who kneel during the national anthem, a gesture which aims to expose the racism and police brutality.

It is amplified during the end of the week to the point where a good number of NFL teams have expressed their disagreement in various ways, some choosing even to remain in their locker room respective during the national anthem. This was particularly the case of the Pittsburgh Steelers — with one exception —, which makes the decision of the Penguins all the more questionable, suggests Laraque.

“When they will, it will not look beautiful, said Laraque, who has also played for the Canadian and makes a broadcast to a radio station of Montreal. This is the last place where should be found the Stanley cup. “

Donald Trump has added Tuesday by saying, on his Twitter account, that the viewership of the NFL are on the decline, except before the start of matches when people want to see if there will be a mark of respect or not at the place of the country. The president of the United States has also stated that the hooting of spectators Monday evening, at the time when the players and the owner of the Dallas Cowboys knelt on the ground before rising up in the group before the interpretation of the national anthems, were the strongest he had ever heard.

The controversy has not spared the training site of the Montreal Alouettes, where the half offensive Tyrrell Sutton has not been shy to criticize Donald Trump. “We are living difficult times. This guy tries to divide what is the most inclusive in the world, the sport, where nobody cares about where you come from, your race, your colour. But try to divide these types, it is a command. I do not believe that as professionals, we should be silent. After all, the guy who runs the government and his opinions on all subjects, and it puts them all on Twitter. Why can’t we have an opinion on what is going on ? It is our First Amendment, isn’t it ? You can not do anything against it. Unfortunately, he has the same rights as everyone else, then he has the right to demolish everything that the people say. This is what he does. “

Sutton was not sure, however, of the behavior that should display the players of the team in response.

“It is above us. We all understand the ramifications of what is happening. I don’t know if by asking for a gesture, we help or nuirions to the cause. I am comfortable with what they are doing [the United States]. It is amazing to see so much solidarity in these difficult times. “

During this rare moment in golf, where is interpreted the national anthem, members of the U.s. team at the Presidents Cup will adhere to the custom in place.

According to captain Steve Stricker, the players discussed the topic during a hike in bus on Tuesday, and all agreed to do as usual, either standing, in the guard position to you, with one hand at the height of their heart.

At the Presidents Cup, the national anthem is usually played during the opening ceremony, which will be held Thursday at the club Liberty National. The tradition also wants that to be interpreted national anthems of all the countries from which the members of the international team.