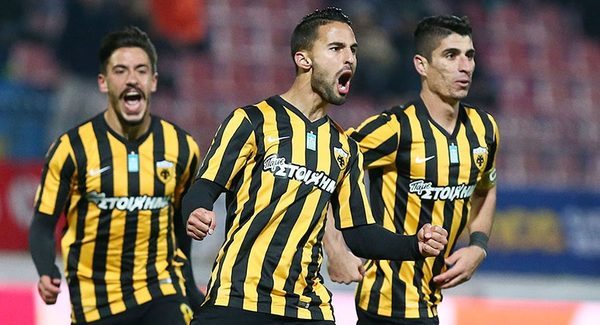 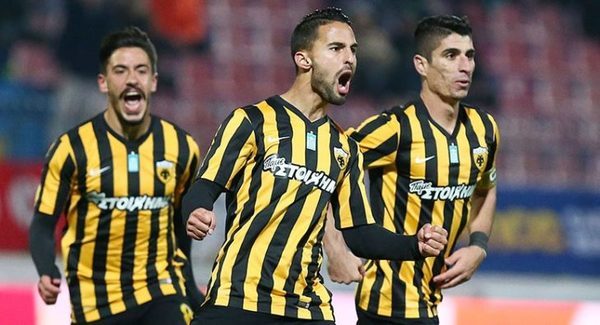 May 17 at 18:15 in Athens at the stadium “Spyros Luis”, AEK will take Panionios on the second round of the second stage of the championship of Greece.

AEK vs Panionios preview
AEK, the main part of the Greek championship finished in 4th place with 53 points and goal difference 54-23. In the second round the team started with a 1: 0 victory over PAOK on the road and with 3 points leads in the quartet. If we talk about the AEK games in our field, in 2017 in 11 meetings, won 8 wins, with 1 draw and 2 defeats.

AEK vs Panionios prediction
Panionios unsuccessfully plays in the end of the season, the team can not win on April 2 5 matches in a row, twice in a draw and losing 3 fights. The main part of the championship Panionios finished in 5th place with 52 points and goal difference 35-23. In the first round of the second round, “Istorikos” played a 1: 1 draw with Panathinaikos, and the quartet of fighters for a place in the Champions League is being closed. In 9 matches on a visit in 2017, the team of Vladan Miloevich won 4 wins, 1 draw and 4 games lost, all with a score of 0: 1. The series of defeats Panionios is 3 fights and lasts from March 19.

This season rivals met twice and both times tied 0: 0 and 1: 1. I think, this time the teams will play from the defense, which is typical of the current Greek football. The rate: TM2.5.