After the explosion in Manhattan injured 4 people 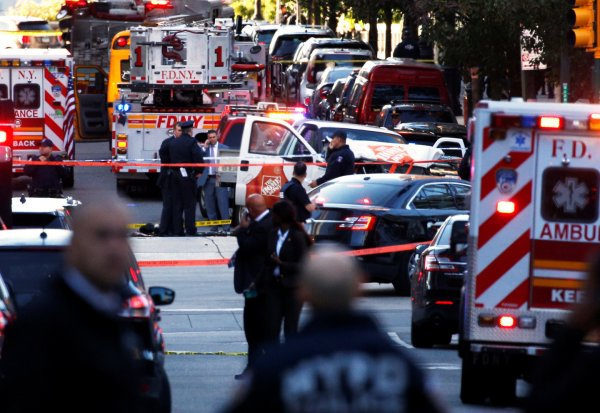 Earlier it was reported that after the explosion in the subway in Manhattan, injuring two people. Now information about the victims was supplemented by the fire Department of new York, noting that the victims were four.

Thundered today explosion of unknown origin in Manhattan has already been confirmed by the police. It was also reported that during the explosion injured two people. However, the fire Department of new York supplemented the information a statement that injured four. Despite the fact that the people were in the epicenter of the explosion, injuries dangerous to life and health they have not received.

Still in the transition and closed subway lines are conducted demining work. It was also reported that a man was arrested on suspicion of involvement in the explosion.