After the issue of corruption in Ukraine robot Sophia hung 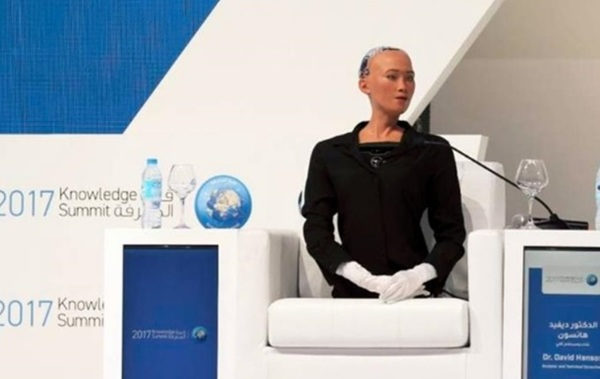 After the issue of corruption in Ukraine robot Sophia hung
This was announced by MP Alain Scrum on his page in Facebook.

It happened in Davos

The world’s most famous humanoid robot of Sofia hangs after the question about what to do with corruption in Ukraine, reports Rus.Media.

This was announced by MP Alain Scrum on his page in Facebook.

According to her, it happened in the Ukrainian house in Davos, where the world economic forum.

“The most advanced job in the world after the question: “What to do with the corruption in Ukraine?”- broke down script and Podvis processor”, – she wrote.