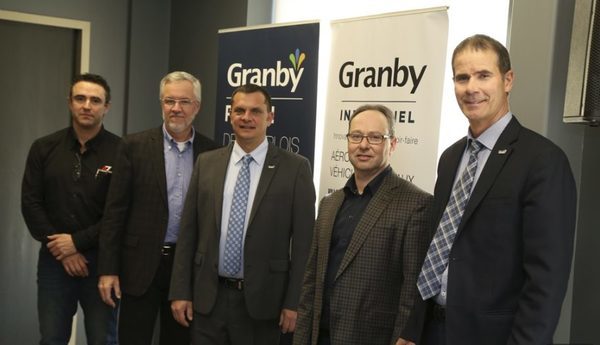 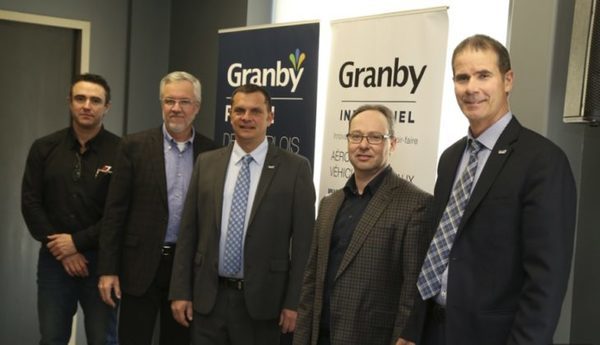 (Granby) A first for Granby Industrial: a delegation of 11 people will travel to France at the end of the month to participate in Aeromart lounge Toulouse.

In the past, the organization has promoted the region in various international events in the world of aeronautics, a niche of excellence Industrial Park, as at Le Bourget in Paris or lounge aeronautics in Farnborough, UK. But this is the first time it causes such a delegation after him.

“For us, this is an important step in Granby promotion process in the aviation sector. (…) We are very confident that that mission will bring economic benefits for Granby, “said the Director, Industrial Development Granby Industrial, Éric Tessier, who is also Head of Mission office.

On the program: several appointments type B2B (business to business), but also the signature of two agreements on economic cooperation, one with the Urban Community Sicoval located southeast of the city of Toulouse and another Technowest with Bordeaux, where several important players in aerospace are.

In Granby, the aviation sector has 10 active companies, the last coming is A7 Integration. It will participate in the trade mission. Its customers are mainly in Quebec. But the vice president of business development and co-owner, Stéphane Ouellet, would like to establish contacts in France with potential customers.

Also a member of the delegation, the President of CSTM, Paul Bergeron, noted for his part that this kind of activity helps to network with other participants; links that can sometimes lead to quick returns.

Mr. Bergeron also intends to use his visit to France to meet with an important customer in the area of transport.

The CEO of RES Automation, Eric Nadeau, believes that this mission is an “opportunity” interesting because most small businesses like his, do not always have the time and human resources required to prepare such business trip.

The diversification of activities of the different actors of the aviation sector in Granby is an asset on the international stage, also believes Stéphane Ouellet A7 Integration.

“It allows us to introduce ourselves as an entity. There are some who are in composites, others in machining, in the design and electrical. The big principals do not want to have just one type of outsourcing. They want access to an outsourcing base, “he emphasized saying the Granby Industrial Park offers this complementarity.

The Head of Mission said that several representatives of Airbus, Boeing and other Bombardier will also Aeromart Toulouse.

On the sidelines of the event, Granby- Industrial will benefit from the decision makers, customers and potential partners as well as Quebec’s commercial attaches in Paris to organize a cocktail during which business opportunities and implementation in Granby will be presented, notes Patrick St-Laurent.

A result of this trade mission to France is already in the program as representatives of industrial regions with Granby Industrial which will establish economic cooperation agreements with France will in turn pass the region in April 2017 as part of Aeromart Montreal.