An activist of the Femen undressed in front of Poroshenko at the Vienna ball in protest : In the World : Vladim 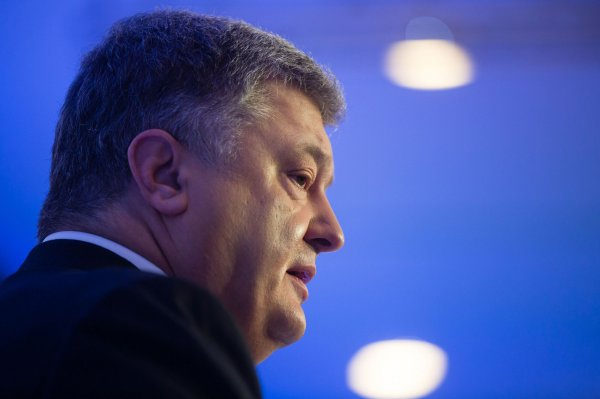 In protest, the activist pseudofeminist of Femen undressed in front of the President of Ukraine Petro Poroshenko at the Vienna ball. The girl called to banish “a dealer and embezzler” with social events.

When the President stood on the balcony, an activist stripped to the waist and showed his chest. Her black paint was removed obscene expression in English, calling Poroshenko “to get out of the ball.” The girl was detained.

Earlier on the Femen Facebook page in a statement that Alisa Vinogradova is going to oppose the “chocolate Baron”. Also outlined the purpose of the campaign is to convey to the public that at the ball “military Marauder, do not disdain earnings on the blood of their fellow citizens”.

Ball in Vienna, Austria, are due to attend Poroshenko, previously called “ball in the time of cholera”. Society has condemned the policy, resting in the Maldives and dancing on the banquets, while the country is immersed in destruction and war.