An American ship, sink the submarine of the Third Reich, blamed : In the World : Vladim 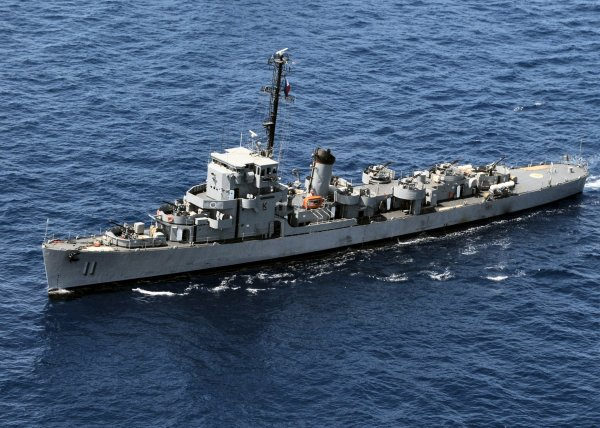 Philippine Navy finally decommissioned frigate PS-11 Rajah Humabon, who sank one of Hitler’s submarines during the Second world war. He was the last active ship of that era. Its cancellation was planned and carried out in the framework of the modernization of the fleet.

Representatives of the naval forces, the Navy stressed that further operation of the vehicle-the veteran became unprofitable from an economic point of view. It was the last operational destroyer of those years. It was launched in 1943 and until 1945 he was in service with the us Navy. Ten years later the frigate was transferred to the Japanese for a period of 20 years. In 1976 PS-11 Rajah Humabon went to the Philippines as military aid. Subsequently, the Local Navy bought a frigate from the Americans. Served about 75 years, the ship will now become exhibit of the Navy Museum of the Philippines in Cavite.

During his tenure as the American frigate the ship was called Atherton. He plied the Atlantic and escorted convoys in both directions. 6 may 1945 during one RAID, the ship took part in sinking of Nazi submarine near Rhode island. After the defeat of Nazi Germany, the frigate was sent to the war with Japan, and at the end of the year “canned”.