An eruption of the volcano recorded in Bali 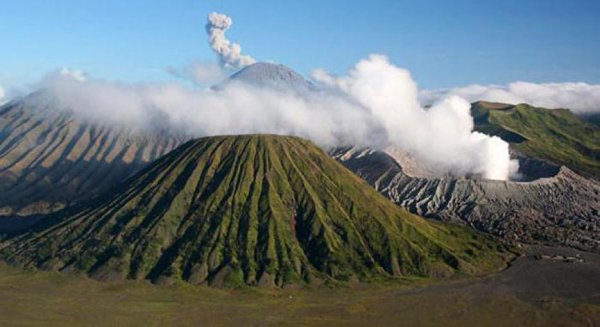 An eruption of the volcano was recorded in Bali. On 23 December there was an emission of ash to a height of 2.5 kilometers. Representatives of the emergency services are asking people to remain calm, as the volcano aktiviziruyutsya often, but it does not constitute danger to people.

International airport Ngurah Rai located 70 kilometers from the volcano. Air Harbor operates in standard mode, administration officials remain calm and recommend to people not to panic, as nothing terrible happens. The head of Indonesia Joko Widodo, which includes the island of the Malay archipelago, Bali, held on the eve of the sitting of the government. This President wants to show that the eruption of the volcano is safe.

Indonesia has lost about 1.2 billion dollars due to the activation of the volcano. People are afraid to relax in Bali. Joko Widodo invites everyone to spend Christmas on a beautiful island, he asks them not to pay attention to the ashes, and focus on nature.