As some people hear colors and taste the sounds taste like? 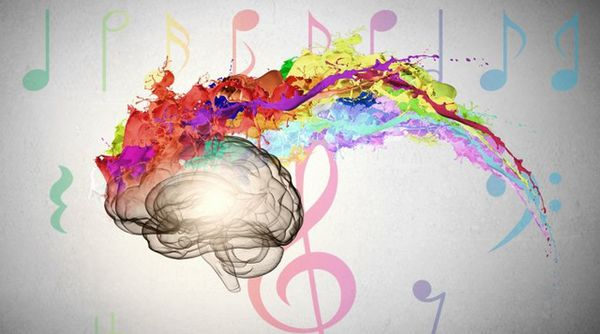 As some people hear colors and taste the sounds taste like?
Synesthesia is a rare neurological condition in which senses are mixed and begin to feel for others.

One woman synesthet says that “the name of Catherine tastes like chocolate cake”. These people can give the pain a name, to hear color, see music. And would you like to know what your name tastes like? Synesthesia is not a rare phenomenon. On average it affects one person in two thousand and usually develops in childhood. And if you are not lucky enough to enlist the support of such all-seeing eye at the time, maybe you can help scientists who crept to the molecular and genetic origin of this phenomenon, reports Rus.Media.

Amanda Tilot scientist from the Institute for psycholinguistics max Planck in the Netherlands, lead author of the new work, explores the root causes of synesthesia, published this week in the journal PNAS. As you can guess, all leads to interconnectedness.

“The first studies showing family trees with people who have had synesthesia for several generations, appeared 130 years ago,” says Tilot. “The last 15 years or so was really powerful and with a lot of work in the field of psychology, which allowed to understand the development of synesthesia in childhood, as children make these connections and how they are presented from a psychological point of view. But in terms of genetics, scientists almost nothing learned.”

Tilot and her team decided to fill the gap. They approached the three families that have a lot of family members owned audio color sinestesia. They were also the members without synesthesia (which of course they were upset). Each member of the family tree handed DNA research and sequencing. Scientists first studied the differences within the family. Some genetic variants were synesthetes that are missing their brothers, sisters, uncles and aunts? Scientists have discovered 37 of interesting genes as a whole. But studying the differences between the three families, they found that none of these genetic variants do not recur.

This was to be expected. “Previous attempts to find specific things that unite small family, had great success,” says Tilot. So they tried a different tactic. “We decided to see what types of biological processes associated families”. If genes appear to be specific to the family, suggested the researchers, and the processes that have shaped these genes will have to be repeated among different sidestep in different pedigrees.

To capture Tilot, this assumption was correct. In the new work, it is concluded that the brains of people with sound-color synesthesia extremely active in one of the departments: axonogenesis.

Basically axonogenesis is the formation of new nerve cells, axons. Axons are connected with synapses, and help to transmit information through the brain. Axonogenesis everyone needs to live and think without him you would not be able to read this article. But people with synesthesia this process slightly reconfigured.

While the visual cortex is at the back of the brain, and the production of speech in Wernicke’s region, the axons in people with synesthesia stretched further, especially in childhood, when sensory abilities are developing rapidly. Perhaps that is why it is perceived in colors, flavour or even spatial dimensions.

Of course, work Tilt is not the final verdict on the topic of synesthesia is only the beginning. More research is needed for families with high rates of synesthesia and synesthetes, in which there is no known relatives with this fad. More importantly, says Tilot, scientists must continue to work to understand the entire spectrum of synaesthesia, which manifests itself in dozens of different ways.