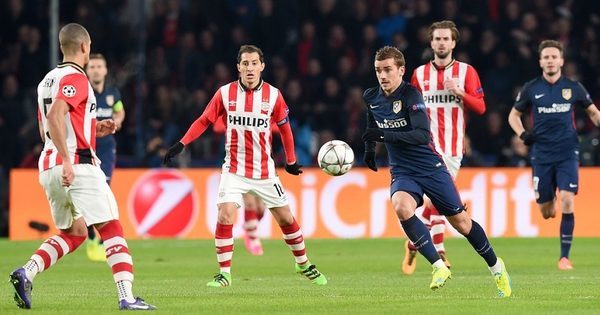 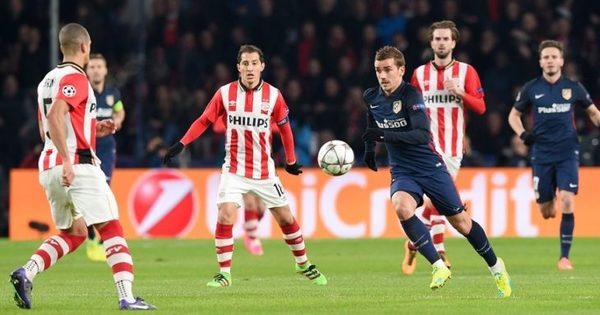 November 23, 2016 at 22:45, in the next match of the group stage of the Champions League, in Madrid at the stadium “Vicente Calderon” Atletico play against PSV.

Atletico Madrid vs PSV preview
The defeat at the weekend from the capital Madrid – 0: 3, was the second in a row for Atletico Madrid, as well as a third in the last five rounds. Thus, the “mattress” scored 21 points with a total score of 25:11, and went down to the 6 place in the standings. But in the Champions League in wards Diego Simeone – a full order. Atletico Madrid after 4 rounds of the group stage secured access to the playoffs, winning all 4 victories in the matches played.

Atletico Madrid vs PSV prediction
As for PSV, so “red-white” in the current season has not yet act in the best way. In the championship of the Netherlands PSV meanwhile is third, gaining 26 points after 13 rounds, and the gap from the leader already has 6 points. As it is not all right at PSV in the European Cup, after which played 4 rounds of the group stage PSV in last place in Group D. PSV have not exactly afford to be overcome for an exit in the playoffs, but because all the power will be aimed at 3- place for which PSV will compete with Rostov.

Between themselves, teams have met five times, which ended with four matches in favor of Atletico and once the team broke the tie. Atletico experiencing great difficulties in the championship, while in the Champions League team completed its task early. The need to give 100% for “mattress” no, so that the best you can tune in to the next round of the championship, maybe Diego Simeone will release the reserve team. I think the match will turn out interesting, but it is unlikely we will see a large number of goals scored. Bet on the match: TM3.