Baseball: Montreal in the heart of the rumors of expansion 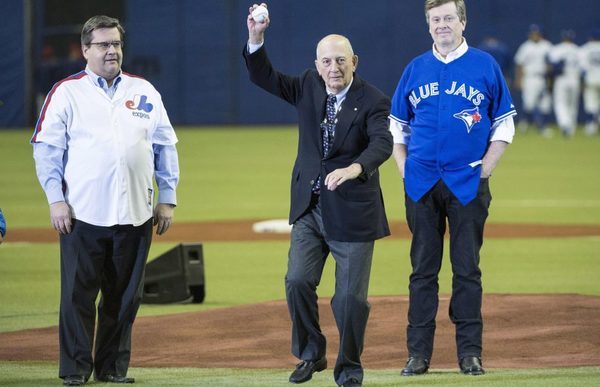 Photo: Paul Chiasson, The canadian Press
The former owner of the Montreal Expos, Charles Bronfman performs the launch protocol, together with the mayor of Montreal, Denis Coderre, the mayor of Toronto, John Tory, in a game in April 2016.

The expansion project aiming to increase the number of teams from 30 to 32 in major league Baseball seems to take more and more shape. And inevitably, this will raise speculation as to the chances of Montreal to welcome back a team.

The renowned columnist Tracy Ringolsby supports on the website of the magazine Baseball America as the consensus in the circles of major league Baseball, it is that an expansion is coming. And Montreal and Portland, Oregon, are among the favorites.

This initiative, however, will require a major reorganization and adjustments to the timetable, which would address some of the concerns of the players ‘ Association regarding the relocation and in the days of leave.

One of the proposals advanced would be to group the teams geographically into four sections of eight clubs, which would have the advantage of reducing the travel time, particularly for the teams of the East and West coasts. This option would also create rivalries natural.

In the article, Ringolsby offers including a Northern section formed of the new Expos, Toronto Blue Jays, Boston Red Sox, two teams in new york, the Indians of Cleveland, the Tigers of Detroit and the Minnesota Twins.

Over the course of a season reduced to 156 meetings, a team compete for twelve games — six at home and six abroad — against each of its rivals section, and three against each club playing in the other sections. A day of compulsory leave would also be in the program each week.

Quebec businessman Mitch Garber, who is among the group of business people in montreal who wish to bring back baseball to Montreal, did not want to comment on these latest developments.

“It takes perfect conditions and, currently, there is nothing more to say on the subject, said Garber, Tuesday noon, at a media scrum following his speech to the Chamber of commerce of metropolitan Montreal. This is not me who manages the folder, are MESSRS. Coderre and Bronfman. Me, I stay back until we have something to announce. I can not make any more comments on the subject. “

Mayor Denis Coderre was for his part pleased to see that Montréal continues to feed into discussions about a possible expansion. “See that Montreal and Portland are part of the plans, I think it sends a very strong message. It is useless to speculate, but what delights me is that, once again, Montreal did its homework and that it is taken seriously with regard to the return of the Expos, ” said Mr. Coderre to The Press.