Became known the possible causes of the train crash near Milan In the World : Vladim 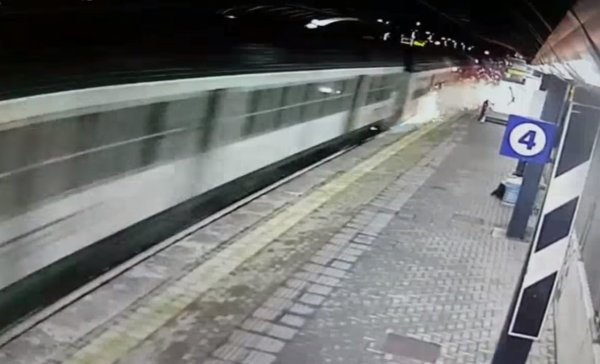 Italian police have named a possible cause of the tragedy on the railway, which occurred on January 25. Then, not far from Milan, the driver of the passenger train lost control and derailed.

On January 25 in Italy there was a terrible accident. Not far from Milan on the train tracks a train with 350-and the passengers inside the derailed. Because of the accident killed three people, and ten are in a very serious condition.

To date, the cause of the accident, the police announced. Recently in the Internet appeared the video, as the train passes a station a few minutes before the crash. The video shows that the train is flying a lot of sparks and dust. This may be due to the fact that the composition already had problems and side was rubbing against the station.

Italian law enforcement agencies have already made one of the versions of the incident. In their opinion, the cause of the tragedy could be a faulty switch mechanism. After the publication of the video of this version can be called into question.

Earlier it became known that in Italy 25 Jan passenger train at speeds over 100 km/h derailed. Some cars are crashed against a pole. The media report that three people died in the accident, and ten are now in very serious condition. The train route from Cremona to Milan.