Calgary Stampeders: a challenge for the defence of Alouettes 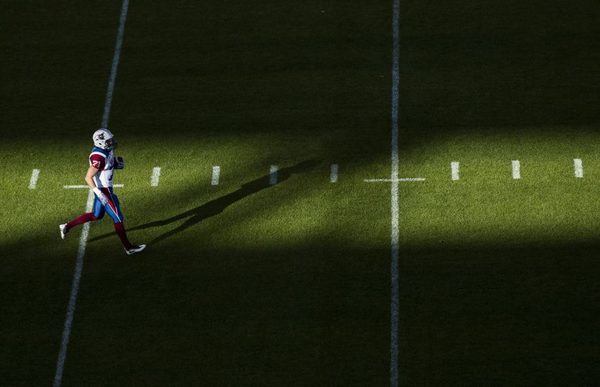 Photo: Mark Blinch, The canadian Press
The Alouettes will not concede on average to 20.7 points per game, ranked second on the canadian tour.

The defense is the strength of the Alouettes after three games, but Bo Levi Mitchell and the calgary Stampeders are a major challenge.

Mitchell totals 1003-yard aerial and six touchdowns ; his team average for 34.3 points per game, tops in the CFL.

“We’re ready,” said linebacker Kyries Hebert, Birds. We want to be one of the best defensive units in the league, then we must be motivated by opponents as the calgary Stampeders. “

The Alouettes defeated the calgary Stampeders during the last three clashes in Quebec. In addition, the brigade defensive of the visitors will be weakened, because it is possible that Micah Johnson to be their regular player on the line. Calgary leads the canadian League with 55 players used at this point.

The Alouettes will not concede on average to 20.7 points per game, ranked second on the canadian tour. It follows, however, a single gain, because the attack is slow to organize around a veteran Darian Durant.

The montreal club has scored 17, 19 and 16 points, which puts pressure on the defense. “We have to provide our share of effort to create opportunities for the team, regardless of what happens in the next offensive, said Hebert. This is our job. “

The performance of the defence is all the more welcome, taking into account the departure of two secondeurs pillars, Winston Venable, and Bear Woods.

At the most recent match of the Alouettes, the 6 July in Montreal, facing the Lions, the newcomer Dominique Tovell has conducted his own with 10 tackles, playing between Hebert and Chip Cox. It comes from the University of Louisiana at Lafayette, as Hebert.

“We support,” said Hebert. He lived with me at the moment. The “Cajun Connection”, it’s going to take the magnitude. “

Tovell said to receive a good boost of two veterans. “They keep me positive spirit, mentioned Tovell. They show me the little things when it goes fast. “

The defence of Alouettes will challenge Jerome Messam, a rusher six-foot-three and 255 pounds. Moreover, Kamar Jorden and Lemar Durant are in the top 10 of the CFL in yards of receptions. Jorden has caught four touchdowns, tops in the circuit.

After the calgary Stampeders, the Alouettes will face the Red and Black next Wednesday, in Ottawa.