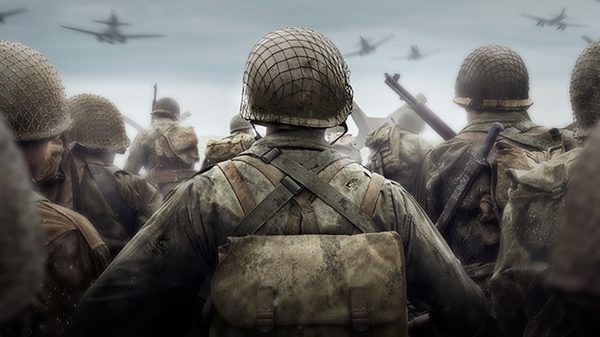 The new Zombies mode of Call of Duty WW2 has just fled, and as much to prevent you right away, it sends heavy. Particularly gore, we can not wait to see what it will give ingame.

For quite a while now, the developers of Sledgehammer Games were announcing the imminent arrival of a trailer for the Zombies mode of Call of Duty WW2, just after we unveiled the War mode of the game. A few hours ago, the FPS Of Activision leaked on the internet, unveiling in passing the long awaited trailer. And as much to prevent you right away, the new Zombies mode of Call of Duty WW2 is particularly gore. Call of Duty, with this new campaign called Army of the Dead, promises us the most crappy Zombie modes ever imagined by game developers, and we love it!

Between missed human experiments and mutant dead ends, the new Zombies mode of Call of Duty WW2, which also offers a closed beta, promises already many hours of play, a good way to let off steam on the big purulent zombie. If the players had to be delighted with this leak, which occurs almost five days before the date set by the creators of the game, there was one who did not appreciate it at all, it was Glen Schofield, Co-founder of Sledgehammer Games. In his Twitter account, the latter did not hesitate to express his disappointment. “You spend almost three years on a project, and five days before the scheduled date, a & # #%} leak our trailer, depressed, disappointed.