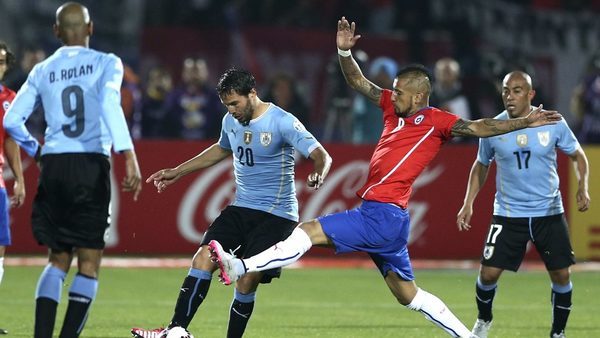 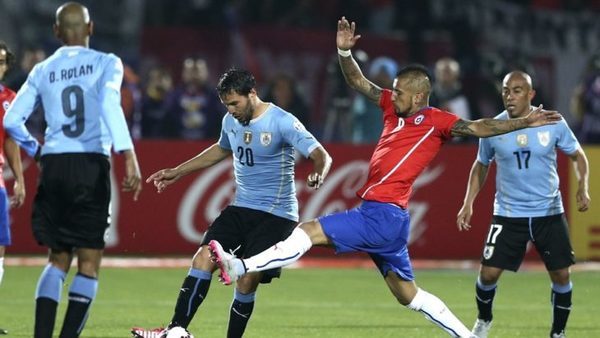 November 16 at 02:30 at the stadium in Santiago “Julio Martinez Pradanos” in the game of 12 round of the South American selection for the 2018 World Cup Chile national team of Uruguay take.

Chile vs Uruguay preview
Chile national team is unstable in the autumn part of the qualifying stage for the World Cup, winning and losing 2 match, and in a recent game away to Colombia on November 10 played a draw 0: 0. As a result of unstable results after 11 meetings, the champion of South America with 17 points and goal difference 18-16 is a 5-line in the selection. In his field in the current selection Pizzi team played 5 matches, they scored 10 points in winning the last two home games in the selection of Bolivia 3: 0 and Peru 2: 1.

Chile vs Uruguay prediction
Uruguay national team gained a great progress in the last selection of games, defeating Paraguay 4: 0, Venezuela 3: 0 and Ecuador 2: 1 and played a draw 2: 2 with Colombia in 4 extreme selection matches. Through a series of successful meetings Uruguayans with 23 points and goal difference 23: 8 ranked 2nd in the South American selection. True away Suarez and company do not play so much in 5 games scored 5 points, and can not win in the last 4 away games.

Historically, Uruguay an advantage in matches against Chile in the first round of the current selection of the Uruguayans in his field, leaving no chance of Chileans, winning 3: 0. However, I think that in his field, with the support of Chileans crowded stadium, will try to take revenge, the more the game at a party does not belong to the strengths of the national team of Uruguay. Rate: Chile national team will not lose – F1 (0).