Citrini-Beaulieu, and Abel will provide the money to the world aquatic 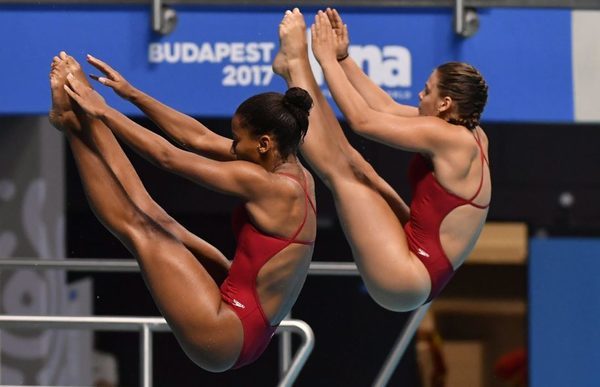 Melissa Citrini-Beaulieu and Jennifer Abel won the silver with 323,43 points.

Citrini-Beaulieu of St-Constant, and Abel, from Laval, have ended with a double twisting, double and a half returned into position carpée, for a total of 323,43 points.

Shi Tingmao and Chang Yani have assured China of a ninth title in a row in this event. The duo had led the competition from the first round, and the divers have done a double flip and a half roach back with a corkscrew in their fifth test, for a total of 333,30 points.

Shi gets its sixth gold medal in the diving event at the world championships and his fourth in this edition.

The Russians Kristina Ilinykh and Nadezhda Bazhina have deserved the bronze medal.

The final in the tower 10-metre synchro was held later in the day.