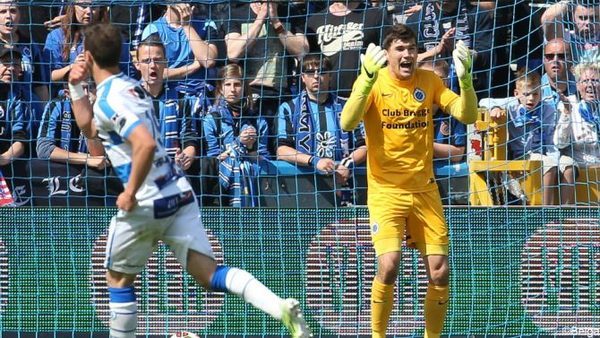 May 21 at 15:30 in Bruges at the stadium “Jan Bradel”, Bruges will take Ghent in the final match of the Belgian championship season 2016/17.

Club Brugge vs Gent preview
Bruges this season could not defend the champion title in Belgium. In the last round, losing 1: 2 to Ostend on departure, the Prudhomme team lost all chances for the championship, with 42 points, Bruges takes 2nd place in the table, 1 point ahead of his Sunday rival Gent. At home, Bruges does not know any defeats since December 7, 2016, during 10 meetings, having won 7 wins and having drawn three times during this time. I note that in order to stay on the 2nd place in the final table, Bruges in the nearest game is enough not to lose.

Gent took advantage of the defeat of Bruges in the last round, he himself won 5: 2 at Zulte-Waregem, and with 41 points came close to the competitor, at the same time ensuring a minimum of bronze medals for the season. In 2017, the “Indians” on the road spent 10 matches, scored 3 wins, 6 draws and lost only once, in their last away match Ostend 3: 4.

Bruges won the last 4 games at Ghent in his field: 1: 0, 1: 0, 2: 0 and 1: 0. Given these statistics, as well as the fact that Brugge is playing hard in his field this season, and in 2017 he does not lose at home at all, I think the hosts will score points in Sunday’s match and will retain the second place in the standings. Bet: Bruges will not lose – F1 (0).