Colin Kaepernick filed a grievance against the NFL 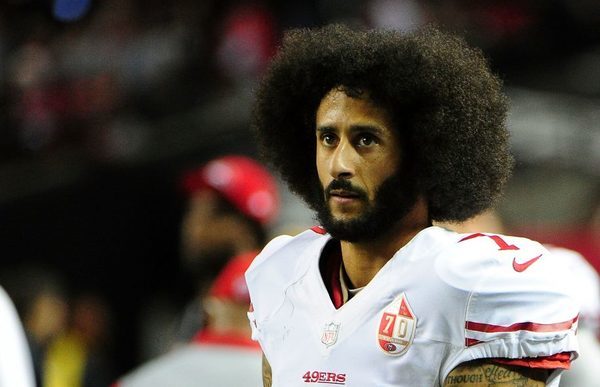 New York — Colin Kaepernick, the former quarterback of the San Francisco 49ers, has filed a grievance against the NFL, alleging that he remains unemployed as a result of collusion between the owners in retaliation for his protests during the national anthem.

Kaepernick has initiated a national debate on the political activism of athletes last season when he decided to stay seated, and then put a knee on the ground, during the anthem to draw attention to the ill treatment of African Americans by the police. Other players have followed suit this season, drawing the ire of the president Trump, who has said that the players who do not come up during the anthem should be dismissed.

Kaepernick has chosen to end his association with the 49ers at the end of last season, and he remains free agent despite a wave of injuries and underperformance at quarterback.

Mark Geragos, one of the lawyers of Kaepernick, said in a statement posted on Twitter on Sunday that the player filed the complaint ” only after pursuing all possible routes with all the NFL teams and their leaders “.

“If the NFL (and all professional team sports leagues] should remain a meritocracy, the political protests of principle and peaceful — that the owners themselves have mimicked a few weeks ago — should not be sanctioned, said Geragos in its press release. And the athletes should not be deprived of employment on the basis of the provocation of partisanship of the executive branch of our government. Such precedent threatens all Americans, patriots and brings us back to the darkest days as a nation. “

The half safety of the 49ers, Eric Reid, the former teammate of Kaepernick, knelt down during the anthem before games, including during the defeat of 26-24 against the Washington Redskins on Sunday.

The players union the NFL has revealed that he would support the grievance, which was filed with the arbitration system that is part of the collective bargaining agreement of the league.