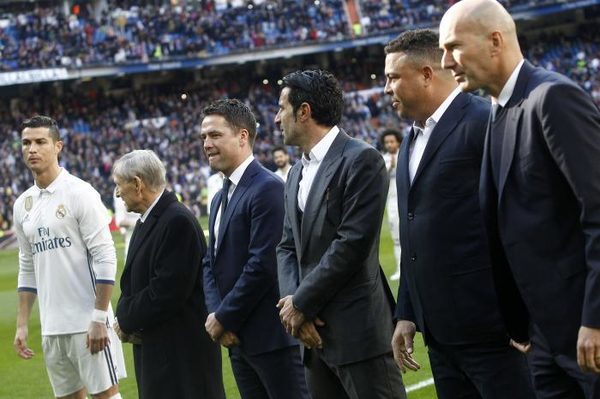 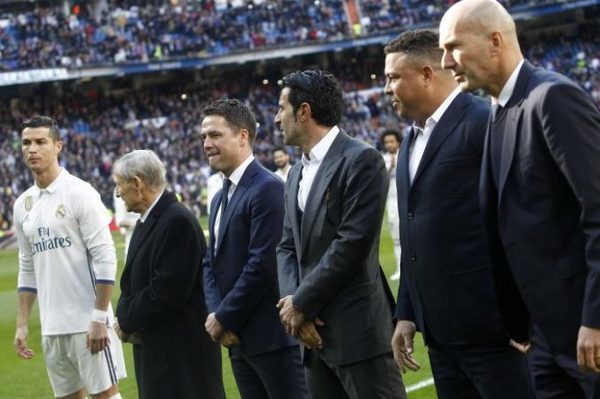 Luis Figo praised Cristiano Ronaldo who presented his fourth Ballon d’Or in Santiago-Bernabéu.
This Saturday at the Santiago Bernabéu Stadium to celebrate in the company including Zidane, Ronaldo and Kopa, the fourth Ballon d’Or Cristiano Ronaldo , Luis Figo took the opportunity to talk about the duel between Messi and Cricri: “There In the last ten years Balloons of Gold were shared between Cristiano and Messi, showing the dominance of the two on individual prices, unlike previous generations for which there was always uncertainty. on last year, there was never any doubt ” he assured. On CR7, former player of FC Barcelona has only compliments: “It is an icon, a reference in football is very loved and he is now a mark of football history page..”

That from heavy to Real
Luis Figo has also been very happy to return to Santiago Bernabéu: “It’s always a great joy to be here, and more in a moment so important for Cristiano.” Just minutes from the start of the game between Real Madrid and Granada (5-0), Cristiano presented his Golden Ball to supporters before, a few minutes later to put his little purpose . For the occasion, he even had gilded crampons. Class from head to toe … Or not. Read also: Ballon d’Or 2016, Cristiano Ronaldo puts everyone agrees! Do you agree with Luis Figo?