Customs live “Ken” deprived of ribs : In the World : Vladim 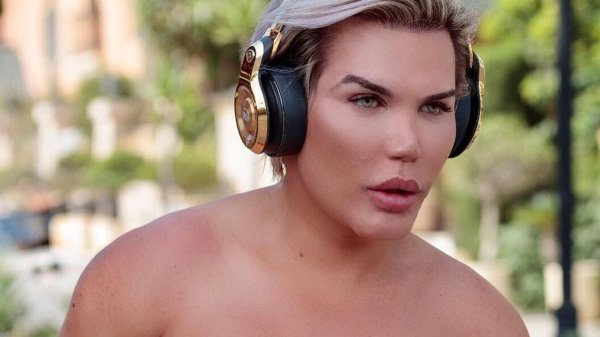 The customs control on the border of the United States of America detained the man, who wanted to bring in a glass jar 4 human ribs. It turned out, the rib belonged to a man who has undergone the operation to remove them.

The wider public a Brazilian named Rodrigo Alves is known as a “living Ken”, as he spent more than half a million dollars on various plastic surgeries in an attempt to get closer to the image of the famous doll, Ken, guy no less famous Barbie. Making the next operation, which is allowed due to the removal of lower ribs to reduce the size of his waist, the man wanted to keep the bones as a souvenir. However, the customs officers took a different view and did not allow the man to bring a glass jar with its biomaterials in the United States.

Note that now a waist circumference of 60 cm is an absolute record for men around the world and winner of this reach is currently in new York, saying goodbye to your ribs.