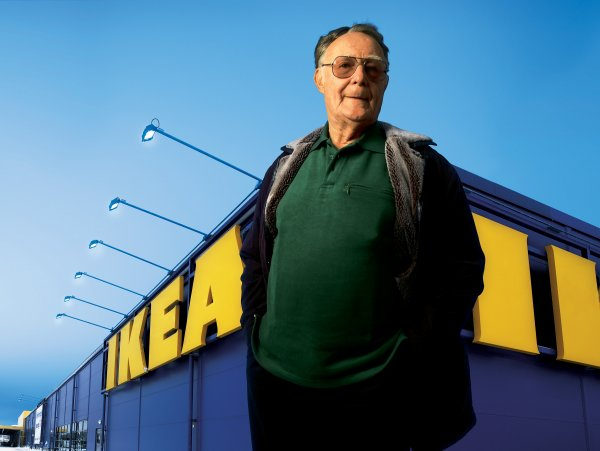 In Sweden died the founder of IKEA, Ingvar Kamprad. At the time of death he was 91.

The death occurred when Kamprad was in his house in småland, surrounded by loved ones. It is reported that before leaving, he long was ill. After the entrepreneur left a fortune of nearly 59 billion dollars. He founded IKEA when he was only 17 years old, and in 1988 he retired from work in the company he founded, though he maintained an Advisory role.

Ingvar Kamprad is characterized as a real purposeful businessman with a typical Swedish character. Despite the hard work and stubbornness, the founder of IKEA had to his kind and cheerful disposition. His business began with the fact that the young Ingvar sold matches to his neighbors, pencils and Christmas ornaments.

First, his firm was one of many – there are traded home goods. But then, in 1956, Kamprad came up with the best way to make money – he began to sell the furniture from the warehouses converted into exhibition halls. Problems with the delivery of the furniture did not arise – it is easily assembled and disassembled. This ensured the company’s leadership not only in Sweden but in Russia and other countries of the world.