Dimitrov, Halep, and Muguruza advance to the quarter-finals in Cincinnati 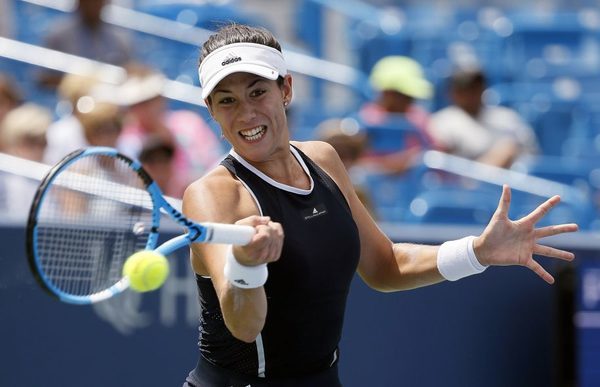 Mason, Ohio — The champion of Wimbledon Garbine Muguruza has ignored a long rain delay in the third inning and saved three balls of the match, Thursday, before obtaining her ticket for the quarter-finals at the tournament in Cincinnati.

While the score was 2-2 in the third inning, the passage of a storm has forced the interruption of the game for nearly two hours. When the game resumed, Keys took the lead 6-5 and she was ahead 40-15 serving for the match, but she sent two balls into the net. She wasted another ball game to see Muguruza force the presentation of a tiebreaker, and dominate it.

Before the rain, the Romanian Simona Halep, second seeded, was the first to qualify for the quarter-finals thanks to a victory of 6-4, 6-3 in the face of the Latvian Anastasija Sevastova, ranked 15th.

Halep has reached the quarterfinals in Cincinnati for a fifth straight year. In 2015, she lost in the final against American Serena Williams.

In another clash of the pane of the feminine, the Russian Svetlana Kuznetsova, ranked eighth, defeated spain’s Carla Suarez Navarro 6-2, 6-4.

The Danish Caroline Wozniacki and the British Johanna Konta have also reached the quarter-finals with respective victories against Australia’s Ashleigh Barty and the Slovak Dominika Cibulkova.

In men, the Bulgarian Grigor Dimitrov erased a decline of 1-4 in the second round and he defeated Argentine Juan Martin del Potro 6-3, 7-5.

Seventh head of series, Dimitrov picked up his first career win in six duels in the face of del Potro.

For his part, David Ferrer has reached his first quarterfinals of a tournament Masters 1000 in his last 11 attempts, following a victory of 6-4, 6-4 against Pablo Carreno Busta.

The Austrian, Dominic Thiem has defeated Frenchman Adrian Mannarino 7-6 (4), 7-6 (3), while the American Jared Donaldson was the best 6-4, 7-6 (4) against the Georgian Nikoloz Basilashvili.